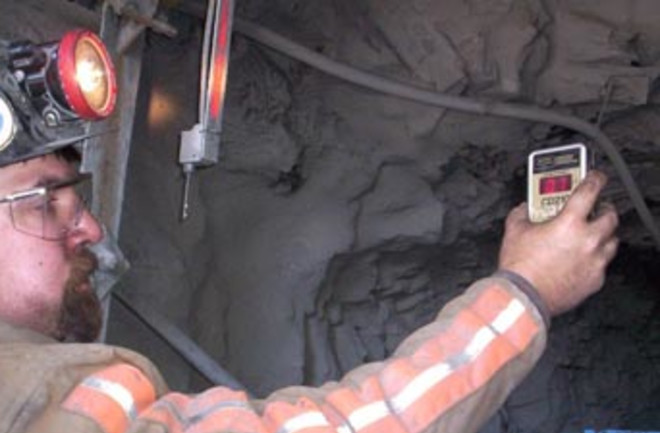 The West Virginia coal mining accident yesterday killed at least 25, and hope is starting to fade for finding the four missing miners alive. It's the deadliest mining accident in the United States in more than a quarter-century. A methane explosion appears to be the cause. Normally when DISCOVER covers methane scares, it has to do with the potent greenhouse gas leaking from permafrost or the ocean. But for coal miners, methane represents a more clear and present danger: Underground mines can fill up with the flammable gas, and a stray spark can light it and cause an explosion. As a result, mines are required to have giant fans that blow methane out of the working area. Methane not only appears to have caused the accident, it also held up the rescue effort.

Operations had to be suspended because of a build-up of methane in the mine. It's hoped that they can resume later today -- but it will require drilling about 1,000 feet, through two coal seams, to get to where the men might have been able to find shelter [NPR]

. Methane is ubiquitous in coal mines.

The gas, like coal, is a molecule made of hydrogen and carbon, and it is produced from the same raw material as coal, ancient piles of biological material, by the same processes. Much of the natural gas sold in the United States is drawn from coal seams. In undisturbed coal deposits, the methane is kept loosely attached to the coal molecules by compression; when the area is opened up by miners, the pressure is reduced and the methane bubbles out [The New York Times].

Coal mining is an unavoidably dangerous occupation, but it seems Massey Energy, owner of the mine, was far behind where it should have been in safety compliance.

The U.S. Mine Safety and Health Administration cited the mine for 1,342 safety violations from 2005 through Monday for a total of $1.89 million in proposed fines, according to federal records. The company has contested 422 of those violations [Washington Post]

. The citations at West Virginia's Upper Big Branch mine included some for the improper ventilation of methane. Just why Upper Big Branch suffered such a catastrophe at this particular time remains unknown. After the incident, geologists noticed that there had been two recent episodes of small seismic activities in the area—a 3.4 magnitude earthquake on Sunday and some surface blasting on Saturday that initially registered as a 2.9 quake. USGS geophysicist Julie Dutton says that the 3.4 quake could have been strong enough to dislodge methane pockets and contribute to the accident—but only if it were closer than its distance of 100 miles.

"There's the definite possibility that that's what could have happened, but not from this earthquake," Dutton said. "This one was too far away and days separated. That makes a big difference" [FoxNews.com]

. And from the other side of the world, some slightly better news. Yesterday rescuers saved 115 people trapped underground for eight days at the Wangjialing mine in China.

The rescue was rare good news for China's mining industry, the deadliest in the world, where accidents killed 2,631 coal miners last year. That's down from 6,995 deaths in 2002, the most dangerous year on record [AP]