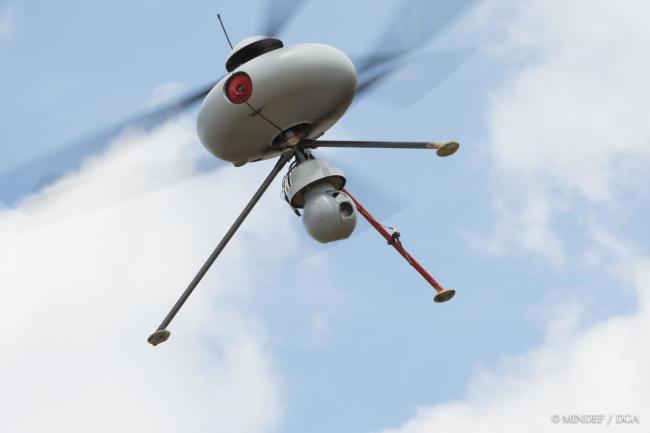 A company in France has figured out a way to track down the foolhardy drone pilots that give responsible hobbyists and commercial operators a bad name. The robotics company ECA Group announced they have built and tested an on-board drone technology that can locate malicious drone operators in under a minute. ECA, of course, isn’t revealing exactly how it works, but French government authorities have seen it in action and they were apparently “fully satisfied.”

For ECA, the timing couldn’t be better for rolling out their new technology. Earlier this year, Paris was plagued with reports of drones mysteriously flying near the Eiffel Tower, the U.S. embassy, power plants and other sensitive areas of the city. Although they are banned over the city, some 60 different drone flights have been recorded since October 2014. The unauthorized flights have exposed serious security gaps at places that are meant to be secure. ECA’s security system is based on the company’s IT180 drone and has several transponders on it to track down pilots in the act. The security drone first locates a mischievous operator using its proprietary “onboard technology” and then identifies the operator by snapping a mugshot with its onboard cameras. According to ECA, the security drone successfully identified operators within a 2,000-foot radius within a minute. ECA’s system differs from other solutions out there that focus mainly on knocking a targeted drone out of the sky. Instead, ECA claims its technology makes it “impossible for malicious drone operators to disappear.” The drone hunter could help put teeth behind French officials’ pledge to track down and punish these mystery drone flyers. For the sake of law-abiding drone operators everywhere, let’s hope this technology catches on.