Making Sure AI's Rapid Rise Is No Surprise 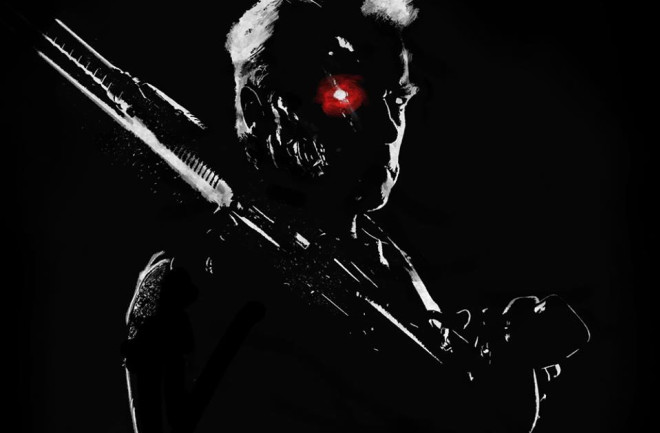 Credit: Skydance Productions | Paramount Pictures A steady rise of artificial intelligence could give human societies time to adapt to the impact of the technological change. But humanity might face huge problems if an incredibly smart AI such as Skynet suddenly appeared tomorrow. That's why several AI researchers have begun looking to history for times when a technology suddenly improved by huge leaps and bounds. They're also willing to pay anyone between $50 and $500 for strong historical examples of such abrupt technological change. The "research bounties" on offer come from the AI Impacts project, an initiative founded by researchers from the Machine Intelligence Research Institute in Berkeley and the University of California, Berkeley. They're hoping to find strong historical examples of "discontinuous technological progress" in which a technology underwent a sudden jump in improvement. A large discontinuity involves more than 100 years of progress at once. A moderate discontinuity might mean more than 10 years of progress at once. So far, the researchers have listed two examples of large discontinuities: the development of nuclear weapons during World War II and improvements in high temperature superconductors starting in 1986. Early nuclear weapons represented a jump of about 6,000 years of past progress in a single step. Today's AI technology remains well below human levels of intelligence, but a similarly large discontinuity could quickly turn the tables. Such a leap for AI would almost certainly have huge implications for humanity, regardless of whether or not it went rogue like Skynet or had more beneficial impacts. The AI Impacts project has received funding for its research from Elon Musk, a Silicon Valley pioneer who has openly warned about the potential dangers of AI. (The Boston-based Future of Life Institute chose the AI projects that received Musk's funding.) AI Impacts has offered two categories of "research bounties." The first category involves finding examples of discontinuous technological progress and pays out anywhere between $50 and $500.

To assess discontinuity, we’ve been using “number of years worth of progress at past rates”, as measured by any relevant metric of technological progress. For example, the discovery of nuclear weapons was equal to about 6,000 years worth of previous progress in the relative effectiveness of explosives. However, we are also interested in examples that seem intuitively discontinuous, even if they don’t exactly fit the criteria of being a large number of year’s progress in one go.

Any interested person can email a paragraph that describes their example and includes sources to back up their claims. Sources would ideally have "at least one time series of success on a particular metric," such as the amount of energy released per unit mass of explosive in the case of comparing nuclear weapons with past explosives. The second category of research bounties pays out $20 to $100 for examples of a person acting to prevent a risk that was at least 15 years away. This category only requires you to submit one sentence that includes a link or citation supporting the claim. Anyone serious about submitting good examples will want to read the full criteria at the AI Impacts blog. Submissions for both categories can be emailed to katja@intelligence.org. AI Impacts hopes that studying historical examples of discontinuous technological progress will provide insight into whether AI technology might also undergo a sudden leap in improvement. That's certainly no easy task, but it may still prove easier than trying to predict the full consequences of AI suddenly becoming the equal or superior of human intelligence. Many U.S. leaders naively predicted that the atomic bomb would eliminate the need for much conventional warfare after World War II; a mistaken assumption that cost the U.S. military dearly during the first hot conflict of the Cold War. Do you think the AI will undergo a sudden leap in technological progress and take humanity by surprise?