Look Back: Coping With a New Menace—the Computer 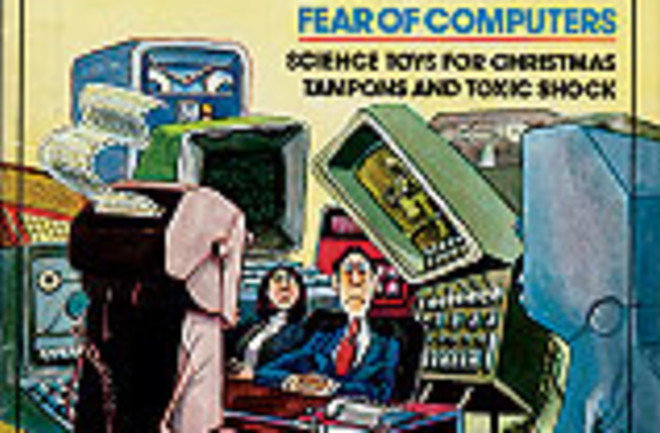 By 1980 computers had become a fact of life. They were, Discover noted that December, “in cars, offices, schools and homes, toys and watches. In some airplanes, pilots need not handle the controls; they are ‘flight managers’ who watch the computer manage the flight and landing. . . . On the way are voice-driven typewriters, robots that can ‘see,’ and hand-held computers that can summon up the contents of the Library of Congress.”

But at the same time, observed writer John Leo, a large number of Americans were “computerphobes” and “technopeasants” who feared computers were “designed to destroy privacy, eliminate jobs, carry the TV generation even further away from literacy, read little squiggles on cornflakes boxes so the grocer can cheat his customers more easily, and allow World War III to be launched entirely by technical error.”

Executives especially hated computers, Leo reported. They worried that they would lose status—and their assistants—if they were seen at a keyboard. Publishers and journalists, he continued, were frightened that the printed word would be phased out. “True, the newspaper travels well—you cannot tuck a computer under your arm while dashing for a train,” he wrote. “Not now, but a sophisticated portable version, about the size of a hand-held electronic game, may not be far off.”

Today those same executives and journalists who feared computers wouldn’t be caught dead without their BlackBerrys or their laptops. Widespread computer phobia seems a thing of the past—a shift that Leo, now a nationally syndicated columnist, correctly predicted. “Everyone will accept computers,” he wrote, “because there is no alternative.”