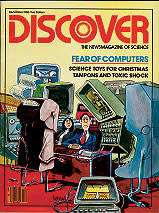 written yesterday. Staff writer Wayne Biddle found that simplicity and reliability were primary considerations for terrorists—and that many of the weapons of choice were the same as those used today. Instead of high-tech guns and bombs, the terrorists of 1986 preferred sturdy rifles and pistols and stable plastic explosives. Their most advanced armaments were relatively simple handheld rocket launchers; authorities still worry that these can be fired at passenger planes taking off or landing. One photo accompanying the article even illustrated how plastic explosives could be made into shoe bombs, much like the sneakers Richard Reid tried to use against American Airlines’ transatlantic Flight 63 in December 2001.

Nineteen years later, simplicity is still the guiding principle of terrorists worldwide, says Walter Purdy of the Terrorism Research Center. “They like to use first what they know best, what has had a history of success for them.” Plastic explosives remain popular, though less so now because they are more strictly regulated. Instead terrorists are learning how to make homemade bombs at training camps or by searching the Web—a fact all too evident in recent suicide bombings in Israel, Iraq, and London.

Counterterrorism technology, meanwhile, has made significant improvements, Purdy says. One of the biggest advances is the ability to collect and share databases, making it easier to track individuals. “With technology, you’re putting barriers in place that make it harder for them to move around.” Yet in this new era of color-coded alerts and random bag checks, even these barriers aren’t enough. “I think we have to continue trying to develop technology tools because we need an advantage and an edge,” Purdy says. “The quicker that technologies are brought to the table so they can be applied, the more success we can have in the war on terrorism.”