Batteries made from lithium could store more energy in a smaller space. 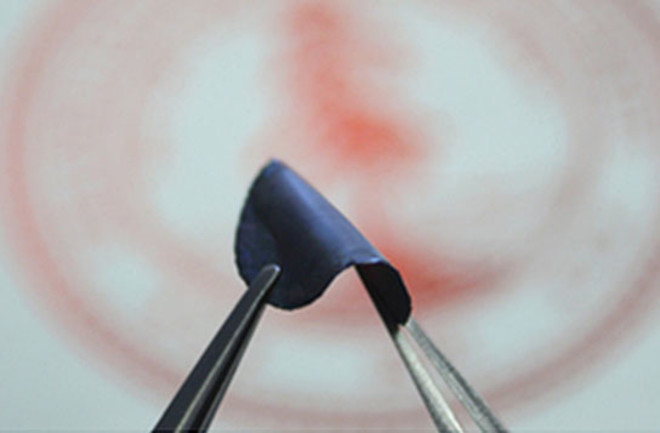 If you’re sick of your cell phone’s pathetic battery life, Stanford University researchers announced in July that they may soon have a solution: a pure lithium battery.

Lithium batteries have three main parts: the anode that discharges the electrons, the cathode that absorbs them and an electrolyte that carries ions between the two. Today’s batteries use graphite anodes, but lithium anodes are ideal because the metal is lightweight and stores high energy levels in a small space. Past lithium anode attempts failed because lithium is highly reactive, forming fingerlike structures that build up on the anode and short-circuit the battery. Lithium anodes also react with liquid electrolytes to heat up and wear out the battery.

To overcome this problem, engineer Yi Cui and his team built a minuscule, hollow carbon sphere on top of the anode. The honeycomb-like structure, roughly 1,000 times smaller than the radius of human hair, acts like a hat for the lithium anode, protecting it from buildup.

Despite the exciting potential, Cui said it will take three to five years before this product could be ready to store energy for the electric grid, solar cells and wind farms.