Listen to the Sounds of Antique Technology Online 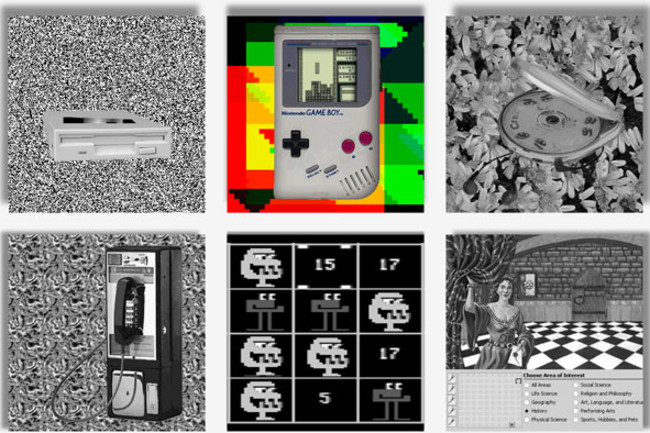 Several of the sounds on display in the Museum, including a floppy drive, a Gameboy, a pay phone, and the Microsoft Encarta Mindmaze game.

The hissing of an empty audio cassette, the wee beeps of the Tamagotchi, the soothing song of Tetris on a Gameboy: These are sounds you don't hear anymore. But just because technology's moved on doesn't mean we can't use that technology to preserve the audio of the past. That's what Brendan Chilchutt has done, with his online Museum of Endangered Sounds

. Today's personal devices, which receive regular software updates from the powers that be and sport as few moving pieces as possible, have little in common with their clankily physical forebears. And to Chilchutt, a world populated by such quiet objects is, if not dystopian, at least at a far remove from the world of his youth. In his rationale for the site, he writes:

Imagine a world where we never again hear the symphonic startup of a Windows 95 machine. Imagine generations of children unacquainted with the chattering of angels lodged deep within the recesses of an old cathode ray tube TV. And when the entire world has adopted devices with sleek, silent touch interfaces, where will we turn for the sound of fingers striking QWERTY keypads? Tell me that. And tell me: Who will play my GameBoy when I'm gone?

He writes that he is still collecting more sounds, so perhaps we can hope for updates to the Museum in the future. A nice touch: because each of the sounds on the page can be turned on and off and plays on a loop, you can essentially build a symphony of endangered sounds, layering Gameboy tunes over the clicking of a rotary phone and a VHS tape shunting into a VCR. Just like home, circa 1992.