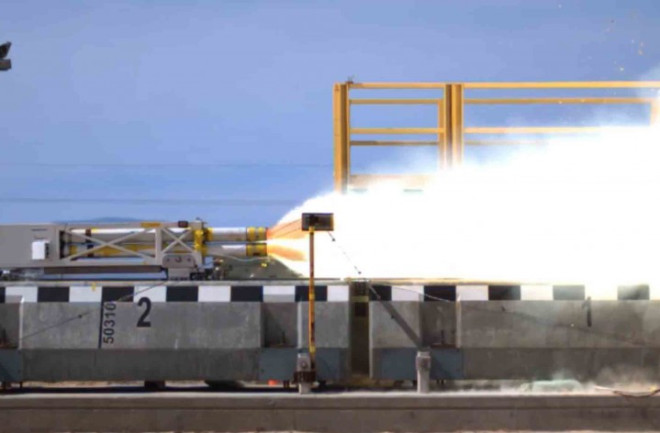 (Credit: Holloman AFB) A levitating rocket sled at Holloman Air Force Base in New Mexico recently broke the world speed record for maglev tracks, clocking in at 633 mph. The rocket sled, which is basically a rocket bolted to a small platform, achieved such high speeds thanks to supercooled magnets that hold the sled about an inch off of the rails, allowing it to hover in midair. With only wind resistance holding it back, the sled and its rocket booster surpassed the previous record — set earlier this year by the same sled — with ease. [embed]https://www.youtube.com/watch?v=NSMIOPkNuCQ[/embed] The 2,100-foot-long maglev track at the base is used to test rocket parts, plane parts and other aeronautics equipment that might not make it back to the ground in one piece if launched into the sky. By levitating them near earth, researchers can also see how components work at high speeds. The track's magnets are cooled by liquid helium to reduce electrical resistance, allowing electrons to flow uninhibited and increase the strength of the magnetic field. Maglev tracks are best known for their use in trains, such as the Shanghai Maglev Train in China, which is the only such train in use commercially. It can reach speeds of up to 270 mph — not bad, but less than half of what a levitating rocket sled is capable of.