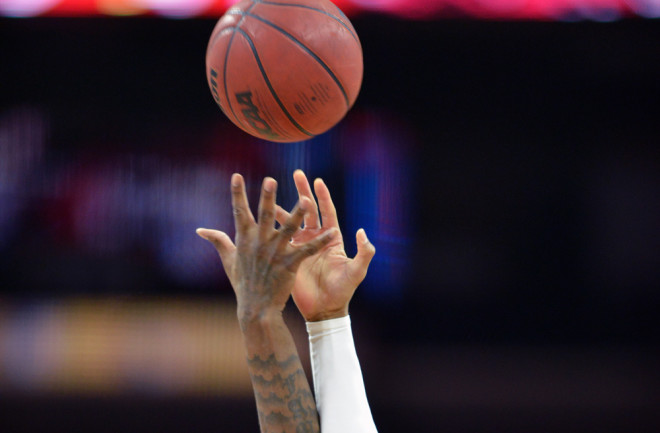 (Credit: Aspen Photo / Shutterstock) There are myriad methods to March Madness. The diehards watch games, analyze box scores and pore over insights from the experts. Others fill out their brackets based on a school’s color scheme. We can debate the merits of various bracket methodologies until we’re blue in the face, but do we have to? Instead, it’s possible to incorporate disparate bracket approaches into a grand, unified theory through the power of swarm intelligence. Louis Rosenberg, founder of Unanimous AI, built a human-based artificial intelligence system that pools a groups’ collective know-how to make rapid-fire decisions like a hive of bees or flock of birds. The results, from a series of early demonstrations, should have the so-called sports experts a little worried.

Artificial intelligence researchers are building systems that rely on artificial neural networks that resemble the human brain's architecture. But Rosenberg is taking a different approach with his human-based artificial intelligence system, called UNU. Rather than attempting to replicate, or exceed, human intellect with artificial neural networks, UNU connects groups of people to help them synchronize their thinking and act as one. “Scientists call this swarm intelligence, and there’s all kinds of research that shows swarm decisions are far superior to what an individual would do alone,” says Rosenberg. “We’ve been astonished by how good groups working together can predict the outcomes of events.” During the NCAA football bowl season, the swarm successfully picked against the spread in 7 out of 10 match-ups, and accurately predicted the winner of the championship — beating the experts. During the Oscars, a swarm of 70 average movie fans predicted the award winners with 76 percent accuracy. Most movie experts didn’t get higher than 70 percent correct. It took the swarm of amateurs 10 minutes to run through the nomination lists and pick winners. This year, researchers Marist College in New York will analyze tournament picks made by the swarm to determine how precise human groups are at predicting sporting events.

“Swarms of average fans do better than the experts,” says Rosenberg.

Rather than voting in a static poll, UNU users control a virtual magnet that they use to pull a puck-like indicator toward their desired answer — like the Ouija board, but without the “dark magic.” The puck can only fall on one answer, and the group has 60 seconds to make a choice.

“UNU provides a continuous feedback loop of the group’s preference for a choice, as well as its conviction,” says Rosenberg. “People are adjusting their levels of conviction based on the completeness of their own knowledge on the subject.” Users can see the speed and direction the puck is heading in real-time. That forces members of the group to constantly reevaluate their first choice. When the puck races quickly toward one option, people who aren’t as confident may join the ride and ditch their choice in favor of the group. Or, the tug of the group is too strong for one stubborn participant to overcome. In that way, the group reaches a decision optimized through group thinking. Rosenberg says the software, in a way, replicates the waggle dance honeybees use to convince their hive mates where they should travel, or where to establish a new hive. When bees find a good spot, they perform more circuits in the their waggle dance than a bee with a so-so spot.When given the choice of multiple hive locations in a controlled experiment, research has shown that honeybees choose the ideal spot 80 percent of the time through swarm intelligence. UNU helps humans “waggle” for decisions.

Rosenberg says UNU can serve as a tool for social scientists who want to study group decision-making. Apart from tracking the decision a group makes, Rosenberg says they can record who was pulling harder, who was steadfast in their decision despite the group’s influence, and who tends to be more flexible. “You can see how people’s emotions change based on the inevitability of a certain decision,” says Rosenberg.

Rosenberg also believes the platform could help pool the knowledge of experts, and help, say, doctors combine their collective intelligence to make more accurate diagnoses. And with November fast approaching, a platform like UNU could reveal new insights about voter preferences. This year, instead of basing your picks on the school with the fiercest mascot, try leaning on the swarm.