The faster, laser powered spacecraft would dramatically reduce astronauts' exposure to radiation during the journey. 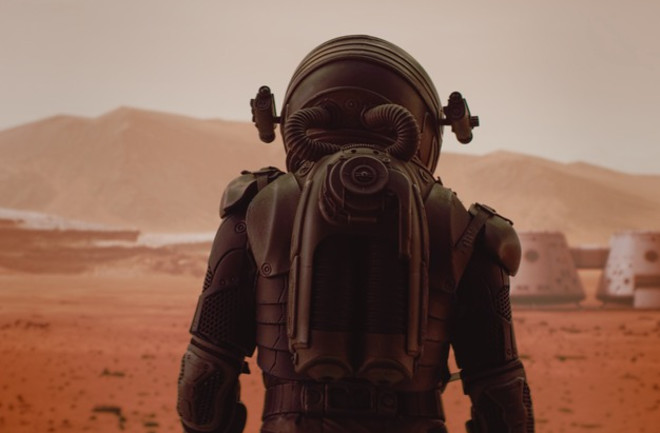 When NASA’s Perseverance Rover landed on Mars in February last year, it had travelled for more than six months in the harsh environment of interplanetary space. In that time, it experienced huge radiation levels and the constant threat of even more extreme radiation from coronal mass ejections from the Sun.

Those are exactly the conditions that human astronauts would prefer to avoid should they ever make the journey. The radiation associated with such a journey could have fatal consequences for a crew. So finding a quicker way to Mars is essential for humanity’s ambitions to visit and colonize the Red Planet.

Enter Emmanuel Duplay and colleagues at McGill University in Montreal, Canada. This team has come up with a way to propel a one-ton spacecraft to Mars in just 45 days, accelerated by a giant laser on Earth. And they say the same technology could slash the transit time for other missions, for example, to Venus, the ice giants and even to the Sun’s gravitational focus beyond the Kuiper belt.

First some background. Laser propulsion has long been studied as a way to accelerate spacecraft. Its big advantage is that the spacecraft are powered from Earth, rather than having to carry their own propulsion systems and fuel. One current plan is to use the photon pressure from a laser to accelerate a gramme-sized spacecraft with a light sail to a significant fraction of the speed of light, perhaps enabling it to reach a nearby star in a few decades.

But this approach would not work for bigger spacecraft because the size of the laser limits the change in momentum that is possible. Instead, a better approach is to use the laser power to accelerate an onboard mass in one direction, so that the spacecraft is thrust in the other direction.

One way to do this is by converting the laser light into electric power and using that to accelerate ions. But the process that Duplay and colleagues examine is to use the laser light to heat a propellant, such as hydrogen, and allow it to expand through a nozzle to generate thrust.

Indeed, Duplay and co say this idea was extensively studied in the 1970s and 80s but was eventually abandoned due to lack of funding. Nevertheless, this approach turns out to be remarkably efficient, largely because there is no need for an oxidizer and all the power comes from Earth.

Duplay and co say a laser array with an output of around 100 MW would do the trick. The beam from this array would need to be corrected for the distortions the Earth’s atmosphere introduces, a technique that is well established in astronomy. Although lasers of this size and utility do not exist, they are within the ambition of current technology, say the team.

The spacecraft itself would consist of a payload—essentially the crew module—and a detachable propulsion unit—essentially a giant mirror that focuses laser light onto a chamber to heat hydrogen to temperatures of around 40,000 Kelvin. The hot hydrogen expands into a nozzle producing thrust.

Duplay and co’s plan is to generate continuous thrust for several hours to give the spacecraft the velocity of around 14 km/s necessary to reach Mars in just 45 days. After this initial acceleration, the propulsion unit separates from the spacecraft and returns to Earth where it can be re-used.

Duplay and co are quick to point out that the spacecraft also has to decelerate on reaching the Red Planet. “Capture at Mars is a considerable challenge,” they admit. An important part of the mission is the design of an aerocapture maneuver in which the spacecraft uses the Martian atmosphere to slow it down.

The team analyze this maneuver in detail. They show that aerobraking is feasible albeit with many unknowns. “Although these results are encouraging, the practicality of such a maneuver is still uncertain,” they say.

Nevertheless, the team’s approach is interesting and while it poses many engineering challenges, none appear at first sight to be in the realms of science fiction. The key advantage—of reducing astronaut exposure to the potentially lethal hazards of interplanetary flights—is so attractive that this approach could attract interest from deep-pocketed explorers.

The final cost? Duplay and co do not hazard a guess—their plans are by no means advanced enough for that. But whatever the number, space agencies and entrepreneurs are already thinking about the first human missions to Mars. As the plans advance, an important focus will be the radiation hazard en route. The cost of reducing this exposure in other ways may make Duplay and co’s idea look like good value for money.