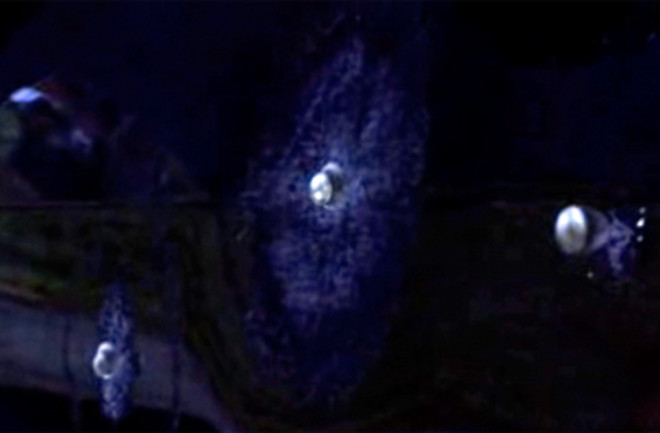 If your primary method of thwarting criminals is a hyper-intelligent car, that car really needs to be bullet proof or else your career will be short. But if your hyper-intelligent car is also super fast and high-performance, you don't want to install heavy armor panels that destroys that performance. The current version of Knight Rider solves this problem with some nanotech magic, but the original relied on a special bullet-resistant coating, the formulation of which was the source of some of the best episodes they ever aired (The Goliath episodes, for those conversant). It took science another 15 years after those episodes aired, but in 2001 a company called Line-X made the bullet-proof coating very nearly a reality. Paxcon, a heavy duty spray on plastic coating, makes walls extremely blast and bullet resistant (major shout out to Knight Rider Online for the tip). The U.S. Air Force tested it (PDF) on their typical portable quicky-build military construction and found that it resisted explosions amazingly well. They needed 1,000 pounds of TNT to even damage the coating, and the wall still held. For a dramatic visual demonstration, check out this Fox news video, which demonstrates the coating against explosions, but then also shows it effectively protecting a cinder block dropped from 52 feet up. Even at that height, the block bounced when it hit the ground. The coating is extremely elastic, allowing it to stretch and deflect the energy of a bullet or a blast. But why this particular plastic is so effective, no one's really sure. Even the military had to commission a panel to try and figure it out (I called Line-X, but had to leave a message). But let's talk about cars. Plaxcon already sees civilian use as a coating that protects pick-up truck beds. Recently Smash Lab, a Discovery Channel show, actually tested it with two trucks, one with the coating and another without. Their test truck used a competitor to Plaxcon called Rhino Liner, but it's more or less the same thing. Then they set off five pounds of "industrial explosives" placed underneath the rear axle of the truck. The truck-bed without the coating was turned into tiny bits scattered all over the desert test site. The one with the liner deflected the force of the explosion to the front of the truck, destroying the cab, but leaving only a dent on the bed itself. So it makes some sense that one could coat KITT's body with the stuff and get a pretty good bullet proof car. Paint over it and it might even possible to generate KITT's sleek, shiny look. Windows are a problem, though. Line-X is opaque, so probably traditional bullet proof windows are needed. And then there's the problem of the underbody. Cars are traditionally fairly open along the bottom, making them easier to repair. But coating every part visible along the bottom of the car would mean cutting through it every time a part had to be checked or fixed. More likely I imagine KITT having a big metal shield along the underbody of the car, which Sarah Graiman or Bonnie would have to remove make a repair. I like to imagine that somewhere off camera, during fix-it scenes, a long, KITT shaped piece of shielding leans against the wall. And that sometimes Billy knocks it over. Show News: There's been a lot of tidbits about the future of Knight Rider lately. First the show was picked up for a full season. Then the full season was shortened by four episodes. Along the way, NBC decided to drop three characters, eliminating the characters of Alex Torres, Carrie Rivai, and Charles Graiman. Also, future episodes will have a closer resemblance to the original show, in which KITT helps find criminals rather than terrorists. It's not clear if the show is in danger of cancellation, but signs are not good.