Keeping You Awake Behind the Wheel

These devices are making it easier to fight drowsiness while driving. 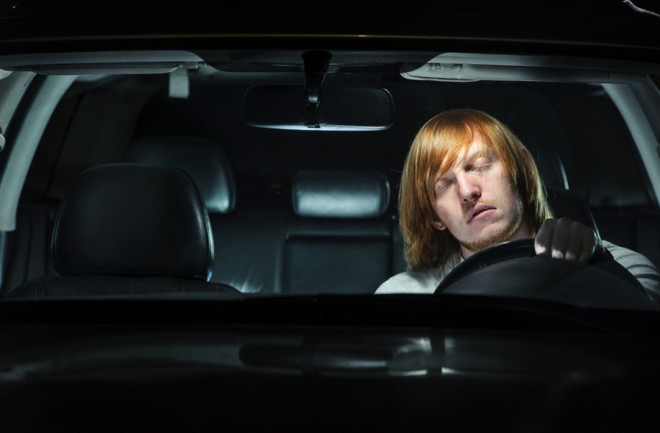 It’s not enough to keep your eyes on the road and your hands on the wheel — you’ve got to stay awake and alert when driving. According to the National Highway Traffic Safety Administration, drowsy driving accounts for more than 100,000 crashes and 1,550 fatalities each year.

Manufacturer-installed anti-driver-fatigue systems have been around a while: In 2007, Volvo introduced a forward-facing camera that gauged steering accuracy, and Mercedes-Benz began offering Attention Assist in 2009. But now, a trio of aftermarket products makes staying awake — and alive — even easier.

Denmark is My Co-Pilot

Inspired by his experience of falling asleep behind the wheel one night, company founder Troels Palshof developed this dash-mounted device that might be mistaken for a hockey puck with lights.

Establish your own fatigue level at the start of a trip by answering questions such as whether you’ve taken medicine and how long you’ve already been awake. Then the device collects personal driving-habit data during the first few miles of your trip.

After that, at specified intervals, the ASP prompts you to perform simple tests to gauge your alertness level. If it thinks your reaction time is off, the device gives you both audible and visual signals suggesting time off from the road.

At press time, the company had sold out of its supply but planned to have additional units available later in the year for about $180.

Optalert, an Australian company founded by sleep expert Murray Johns, makes glasses with a tiny LED built into the nosepiece of the frame that aims brief bursts of low-intensity infrared light at a driver’s eye.

Reflected light from the upper eyelid is measured 500 times per second by a phototransistor positioned alongside the LED. Blink amplitude — how much the eyelid opens after a blink — and blink velocity, which is slower in drowsy drivers, are analyzed and given a weighted score, which is then displayed on the driver’s dashboard.

The score is also transmitted in real time to a supervisor. (It’s currently used mainly in the open-pit mining and long-haul trucking industries.) The glasses are worn like regular sunglasses, but those who require prescription lenses can have them inserted into the Optalert frames.

Working in the Coal Mine

Seeing Machines’ Driver Safety System uses a dashboard-mounted driver-facing camera to detect if the person behind the wheel is paying attention or falling asleep.

Tracking software builds a 3-D model of the operator’s head using infrared lighting, then measures and analyzes changes in head position as well as eye closure rate. If the system doesn’t like what it sees, visual and audible cues, as well as seat vibration, alert the driver.

The product is already in use worldwide in partnership with Caterpillar, and in mining operations in Australia. It’s also being tested on several buses operated by Royal Beuk, a large European tourist carrier.

If the current trial is a success, the system will be installed on the entire Royal Beuk fleet by the end of 2014. Availability in non-commercial vehicles could soon follow.

[This article originally appeared in print as "Asleep at the Wheel."]