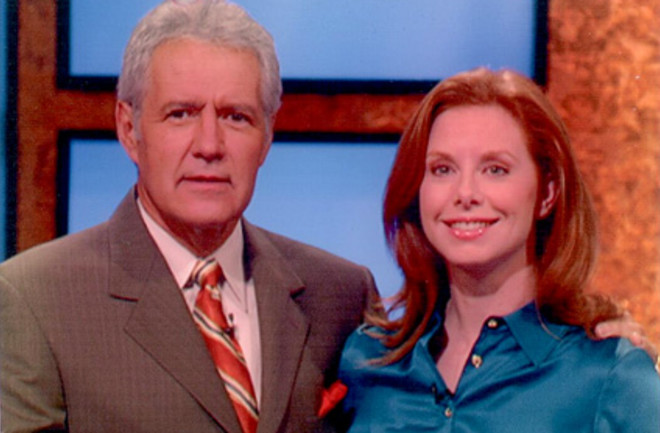 This post is from Discoblog contributor LeeAundra Keany, a one-time Jeopardy Champion. After blowing all her winnings (a story for another blog post), she had to go back to work as an executive communications coach. In her spare time, LeeAundra has written written articles for Discover, including "Anatomy of a Brain Fart," "20 Things You Didn't Know About Death," and "Can a Drunk Person Fly the Space Shuttle?"

I haven't watched Jeopardy! in years. Prepping a little too intensely for my 2005 appearance soured me on the show. (Who brings almanacs, Shakespeare for Dummies, and the periodic table to Burning Man?) It was only Watson that brought me back into the fold. And it was an unsettling reunion to say the least. Watson was flabbergastingly good and I knew within the first few minutes of Monday's inaugural match that he would've cleaned my clock. But now, even as the mighty Brad Rutter bows in defeat and heretofore unstoppable Ken Jennings "welcomes our new computer overlords" (he actually wrote that under his answer in Final Jeopardy after the last game), I for one am urging humanity to not give up yet. Without taking anything away from the brilliant team that created Watson, my personal experience as a Jeopardy! contestant leads me to conclude he had some unfair advantages. 1. Watson would never have even made it on the show if his dad(s) hadn't pulled some strings. The audition process I went through in 2005 would've almost certainly taken him out. There are two parts, a timed written test with 50 questions and a practice round. If you get 35 of the 50 on the written test right, you pass to the practice round, where your intelligence matters less than a big smile, confident manner, and engaging personality. Watson may have encyclopedic knowledge but he's exactly not a bundle of charisma, in spite of the best efforts to trick him out. And even if he had exhibited some manufactured enthusiasm, his demographic would've worked against him in the final selection. Jeopardy! wants a diverse contestant base. I read more than once in articles by game-show-contestant consultants (yes, you too can hire someone to help get you on a game show!) that if I, a woman "originally from Troy, Michigan," passed the written test and showed even the slightest sign of life in the practice round, there was a very good chance I'd be selected to appear. Watson is basically a white guy from New York—not exactly an under-represented category. 2. Watson had a lot of practice losing. They say you learn more from your mistakes than from your successes but Jeopardy! contestants cannot take advantage of this because as soon as we lose, we're escorted so quickly and firmly to the door, we wander the Sony lot in a dazed stupor. Jennings and Rutter probably had as much or more real Jeopardy! experience as Watson, but they had hardly any experience losing—they were there precisely because they won all the time. Great for the bank account, not so great for the learning process. Every time Watson lost, however, his makers were able to analyze his failure and tweak his parts to improve his performance. Apparently, several humans beat Watson during the practice rounds but he just kept getting better and better, much like the Borg. 3. Everything you've heard about the "buzzer effect" is real. The ability to time your buzzer correctly on a consistent basis is a key to victory. On the various websites for Jeopardy! contestant preparation, the advice was legion: use your index finger rather than your thumb, its reflex action is quicker. Hold the buzzer baton firmly in place—any downward movement caused by the pressure of the "push" will delay the signal. And the killer: don't buzz in too fast or you'll be locked out for a quarter of a second, more than enough to lose out. James Quintong, the champion I dethroned, later wrote in a blog entry for Sports Illustrated that he lost his rhythm on the buzzer and that's why he lost. On my second show I knew about 40% more answers than I was able to win simply because one of my competitors, Beth Klein, was better at the buzzer. Watson had a “hand” specifically designed for high buzzer performance; how could he not win? Watson is good at Jeopardy!, of that there is no doubt. But like those kids in Shanghai who whipped the world’s collective rear in math, he had the dedicated and highly committed resources of a huge and powerful organization behind him training him for one specific purpose: to win at Jeopardy. And what does that get you? I am most reassured by this simply fact: winning at Jeopardy doesn't mean diddle squat. In 2005 I was a Jeopardy! Champion and where am I 5 years later? Same place as all the other humans—soon to serve our robotic overlords.