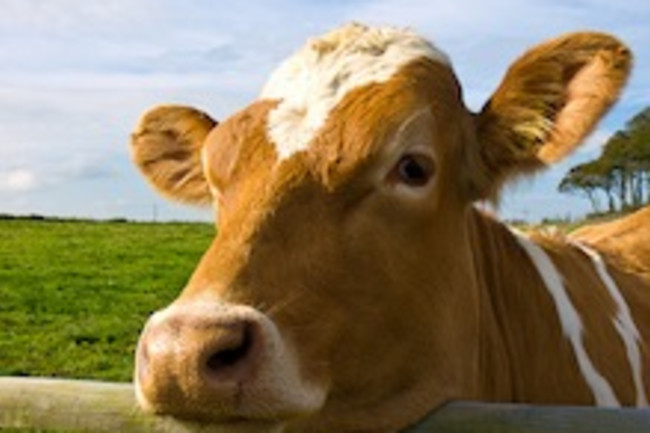 I am not very ethical about how I eat. I am not proud of this, but it is the truth. I am not vegan or vegetarian. In fact, I eat a lot of bacon and beef – I'd probably eat Soylent Green if given the option. I think the loco-vore movement is silly and think "organic" is a misnomer on nine out of ten things labeled as such. Most ethical foodies prefer "natural" and humane production methods. My question for all the ethical foodies out there: what are your thoughts on the very unnatural possibility of vat-grown meat? Allow me to elaborate. Vat-grown meat is still a work in progress. But it is a real possibility. One of the scientists trying to make it a reality is Dr. Vladimir Mironov. He envisions giant factories called "carneries" that create meat the same way a brewery brews beer. One of his many goals is to be able to add taste and texture controlling features like fat and vascular systems to make his test-tube steaks as delicious as the real thing:

"It will be functional, natural, designed food," Mironov said. "How do you want it to taste? You want a little bit of fat, you want pork, you want lamb? We design exactly what you want. We can design texture."

Vat-grown meat is a godsend for those of us who are omnivores, but recognize the significant flaws with our current agricultural system. Many factory farms keep animals in inhumane conditions and the industry around animal meat is an incredibly wasteful and polluting. The current response to these conditions is to support organic, local and humane farming practices. The problem, of course, is that organic, local, and humane practices are economically inefficient, which makes the cost of ethical food prohibitive for most of us. Yet I see vat-grown meat as presenting a significant conundrum to many supporters of the ethical/organic food movement: it's too unnatural. The crux of the matter is that most ethical foodies and environmentalists operate within a framework of the narrative of "the natural." What that means is that the less technology and science a process uses to put food on your plate, the more natural, and therefore the more ethical it is. This anti-science attitude explains the irrational fear of genetically modified organisms as food. The problem, as I see it, is that the most artificial, technological and un-natural process – vat-grown meat – might be the only long-term large-scale solution available for the ethical dilemmas surrounding what we eat. And the ethical dilemmas of farming in general are significant:

Additionally, cultured meat doesn't have a nervous system, so you can't hurt it. It doesn't have an immune system, so you don't have to inject it with antibiotics or growth hormones. The curious result is that artificially created meat will be more natural and humane than anything you'd find in the store today. And, of course, there is always the future to think about, as Genovese points out:

"Further out, if we have interplanetary exploration, people will need to produce food in space and you can't take a cow with you. "We have to look to these ideas in order to progress. Otherwise, we stay static. I mean, 15 years ago who could have imagined the iPhone?"

For those of you who are vegans, organic foodies, and loco-vores, what are your thoughts on vat-grown meat? Image of happy cow by wwarby via Flickr Creative Commons