An interview with paleoanthropologist Chris Stringer:

This raises one more question: Could we ever clone these extinct people? Science is moving on so fast. The first bit of Neanderthal mitochondrial DNA was recovered in 1997. No one then could have believed that 10 years later we might have most of the genome. And a few years after that, we’d have whole Denisovan and Neanderthal genomes available. So no one would have thought cloning was a possibility. Now, at least theoretically, if someone had enough money, and I’d say stupidity, to do it, you could cut and paste those Denisovan mutations into a modern human genome, and then implant that into an egg and then grow a Denisovan. I think it would be completely unethical to do anything like that, but unfortunately someone with enough money, and vanity and arrogance, might attempt it one day. These creatures lived in the past in their own environments, in their own social groups. Bringing isolated individuals back, for our own curiosity or arrogant purposes, would be completely wrong.

I do find it curious that Chris used the term "creatures." This probably not intentional, or with serious conscious intent, but Neadertals and Denisovans are creatures I think the ethical issues are strongly mitigated. After all, chimpanzees are used in medical experiments. I assume that the woolly mammoth will be the first extinct complex organism which is resurrected. But what if they're human??? Stalin purportedly wished to create ape-human super-soldiers. What if it is true that Neandertals were, and would be, far stronger on a per unit basis than humans? Can you imagine: "unleash the Neandertal brigade!" More optimistically, what if Neandertals lacked social intelligence, but exhibited very strong aptitudes in the visuo-spatial sciences? Neandertals had average cranial capacities which were larger than modern humans. 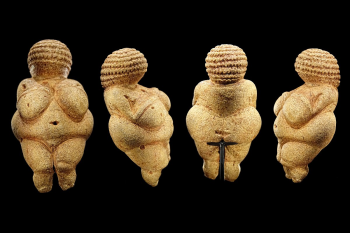 Planet EarthWhat Did the Venus of Willendorf Originally Represent?