Invisibility Cloak Made of Ultra-thin Material 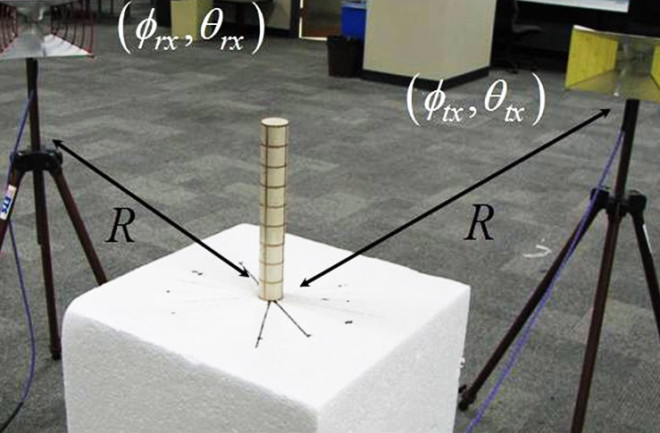 The experimental setup. Courtesy Andrea Alu. They won’t be on shelves in time for Christmas, but we’re a step closer to functional, flexible cloaks of invisibility. Researchers have developed an ultrathin “metascreen” that hides three-dimensional objects from microwaves in their natural environment, in all directions, according to a study published Monday in the New Journal of Physics. Neat-o. The new cloaking material is composed of strips of 66-micrometer-thick copper tape attached to a 100-micrometer-thick flexible polycarbonate film. To the naked eye, that’s roughly the same thickness as a human hair. Researchers describe the material as having a “fishnet design,” though we’re guessing utility, not fashion, was their top priority. Under normal circumstances, objects are detected when they bounce waves off their surface, whether they’re light waves, microwaves or other waves. Previous cloaking research used bulkier materials to divert or bend incoming waves around the object, which often limited the size and shape of an object that could be hidden. The new metascreen, however, cancels out waves as they scatter off the object---a new and potentially more useful method known as “mantle cloaking.” In the study, the material was successfully used to cloak an 18 cm long cylindrical rod. Researchers believe the metascreen’s flexibility will make it possible to cloak items in a much greater variety of shapes and sizes than with other cloaking methods. The team’s next goal will be to use a form of mantle cloaking to hide an object from visible light.