Introducing the Twettle: The Tea Kettle That Tweets 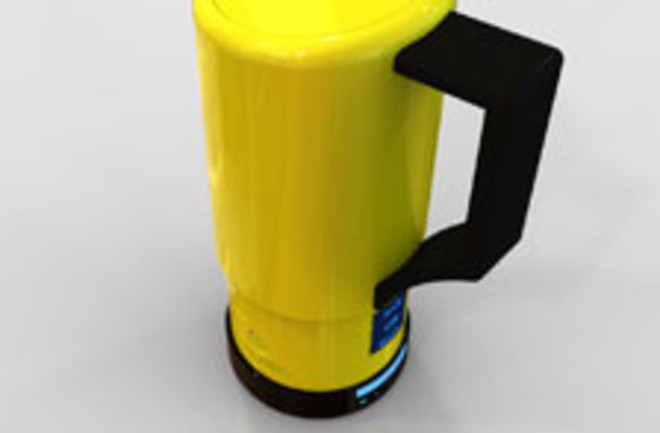 One of the underrated pleasures of this modern world is developing more intimate relationships with one's appliances and household objects--via Twitter. Innovators have already connected rice cookers, toasters, house plants, and even a toilet to Twitter so that people can get crucial updates on these objects' status. For example, MyToaster updates its twitter feed with messages like "toasting" and "toasted" so the toaster owner knows when to go pop that bread out. The latest product to join the list of socially networked appliances is the Twettle--the tea kettle that tweets when the water is boiling and the time is right for steeping tea bags. Developed by Ben Perman and Murat Multu, the Twettle comes in bright, happy colors; the British designers hope the product will eventually take off in the United Kingdom, where tea is a cornerstone of culture and life. The idea behind Twettle is that it would connect to the local wi-fi network and tweet when the tea was ready. For example:

The creators say the kettle could also throw in a few weekly stats about the number of cups of tea consumed.

Gizmodo sadly reports that the Twettle isn't a real product yet, but the designers are looking for an investment of $500,000 to get the $115 kettles onto the production line. Related Content: Discoblog: Your Plants Have More Twitter Followers Than You—Literally Discoblog: New Device Aims to Read Your Dog’s Mind—and Broadcast It on Twitter Discoblog: How To Make Your Twitter Followers Uneasy: Use ShadyURLsImage: MobileInc