Fiction from Bruce Sterling: "If you can read a popular-science publication (and enjoy it), then you most likely have enough brainpower to help us make massive scientific breakthroughs..." 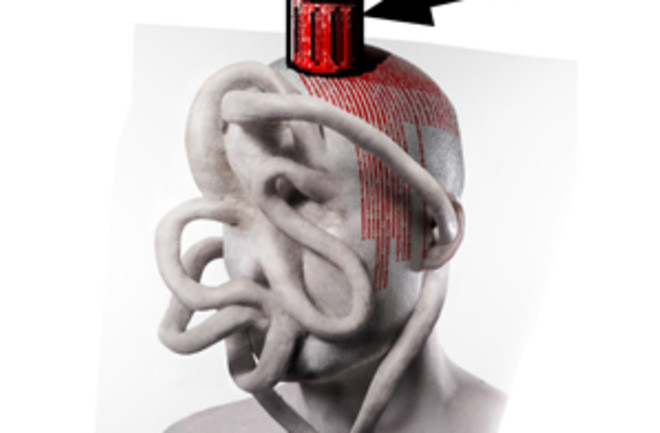 You bet you can, and that’s why we’re so glad you’re at our Web site! If you can read a popular-science publication (and enjoy it), then you most likely have enough brainpower to help us make massive scientific breakthroughs.

• How do I know if I qualify for making these “mysterious discoveries”?

By displaying your linguistic comprehension of our stochastic scientometric ontological schemata!

• What are “stochastic scientometrics,” and what’s so “ontological” about them?

We’re glad you asked that, because many contemporary readers find our language inaccessible! In fact, they commonly surf off elsewhere pronto after reading question number one! But not you—because you clearly have the right stuff! You’re in the “5 percent contingent”—someone who genuinely enjoys science jargon.

So welcome aboard! Now we can tell you why our cognitive linguistics site is the hottest phenomenon in modern science!

Thanks for registering! You see—pal, buddy!—most scientific disciplines center around “science journals.” Yes, around paper! Five centuries of “science” are ink stuck on paper! With maybe a few small, static, boring, black-and-white graphics. Worse yet, this paper-based “science” was often written in Latin—Greek—French, German, Russian, or Japanese! Paper is expensive and difficult to store. Not at all like our modern Web!

• Do I have to read boring old science “papers” in difficult foreign languages?

Certainly not! That’s the beauty of our approach! Machine translation has never been “Artificial Intelligence”—that’s where your natural language intelligence is sorely needed! Five centuries of “papers” make a truly enormous bulk of machine-searchable material. The Semantic Web has made profound advances! So today our stochastic ontological schemata have dissolved hundreds of so-called “scientific disciplines,” and their millions of paper “journals,” into one vast Google-soup of navigable, searchable, ontologically linkable “language product.”

• But I’m just an avid pop-science reader, not a working scientist. That matters, right?

No way! You see, the laws of Nature have no scientific “disciplines.” For Nature, there’s no difference between “organic chemistry,” “cell biology,” or “botany.” A rose is a rose is a rose! Science at its best reveals the hidden laws of Nature. Scientific disciplines are political constructions by which scientists publish, get cited, educate their students, and grab some grant money.

Yet it’s so true! Our startling advances in science are free of the information-processing limits inherent in paper! Also, traditional scientists want to understand and comprehend what they are studying, using their own human brains. Thanks to the huge intellectual advantage of the Net, we can take an easy, freewheeling approach! It’s all thanks to stochastic ontology and probabilistic sciento-bibliometrics.

• Are you guys doing “real science,” or is this just some weird Web 2.0 computer hack?

OK, fine: Certain “philosophers of science” argue that we are not “discovering” any new science. We are “uncovering” science by tracking the semantic actor-networks uniting entire fields of study. If scientists are like “journalists”—doing hard, original research—then we are something like “bloggers.” But let’s be clear: In Nature there are no “fields of study.” Our approach is cheap, cross disciplinary, open source, and lightning fast! Plus, we make amazing new connections every day. Our stochastic translation machines have no human biases. They tirelessly search the entire historical published corpus of science for any semantic meaning. Of course, these Web spiders don’t “understand what science means”—but that’s why we need you.

Thank you, “stockholder”! Relax! Many of our best crowd-sourced contributors consider MYSTERIOUS DISCOVERY to be just a fun little online word game. A popular amusement, where they point and click at floating tag-clouds of “high concepts.” For instance: Data-mine some cluster of work in physics about fibers. Add work from chemistry about viscosity. Mix with marine biology. This led to major advances for biomass production in industrial kelp. Not to mention the fun new industry of “underwater basket weaving”!

There are many profitable tech start-ups in this space. Quite frankly, that was all one week’s good work by Mrs. Emily Fraser’s class of sixth graders in Fargo, North Dakota. We don’t like to boast about that school’s handsome new library—but yes, we gave them a whole bunch of paper books. Tons of paper books. Kids really love paper books.

• Why is this science game so socially important?

Because science means human progress! Yet fame and influence in science have always depended on “publication.” That means lots of “papers.” Also citation (writing “papers” that other scientists have to talk about in their “papers”). Well, “science papers” are dying in the exact same way that “newspapers” are dying. Furthermore, hardly any of this paper ritual helps the true core of science, which is “really good ideas.”

A lot of scientific ideas aren’t even “ideas.” They are phony public rituals, like complicated Big Science physics experiments that have 200 authors and cost half a billion euros a pop. Most scientists will secretly agree with us that these schemes don’t much advance science. But the mainstream set have to be respected or else the politicians will stop voting the money. By stark contrast, grand breakthrough discoveries happen when you are, for instance, a penniless patent clerk in Switzerland, daydreaming about elevators moving near the speed of light. Our many contributors are superb at that kind of thing. Just ask us about the “entropic decay in the fabric of space-time.” Yeah, that changed the conceptual nature of the universe—and we found that out right here at MYSTERIOUS DISCOVERY!

You’re still with us, right? Great! If you haven’t logged off yet and found something much simpler to Web surf, then you might be one of our truly elite contributors. One in a thousand! We call you people our “Angels.” Angels are never scientists. Because scientists have to do real science. Angels, by stark contrast, just want to read about science. They have no intellectual rigor, they do not think or act with any precision at all, they just like to…sop science up like a sponge. They eat science up from astrophysics to zymurgy!

And, yes, we Angels have become discovery. There is no limit to what our wandering brains can comb out of the archives. While science crawls forward, we can fly, as we tag, cross-link, translate, folksonomize, and interconnect. The past has become the way forward! The map has replaced the territory!