In Development: Networks of Unmanned Quadcopters to Ferry Medicine to Isolated Areas 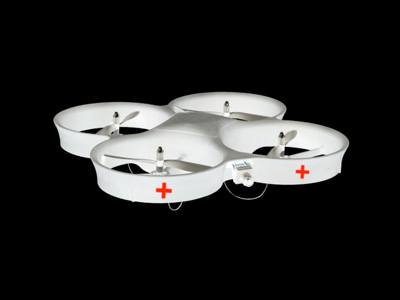 What's the News: Many of the unmanned aerial vehicles we hear about are flying off to war

, laden with weapons or surveillance equipment. The tech start-up Matternet

, however, is designing small quadcopter UAVs to carry peaceable payloads, delivering medical supplies and other necessities to areas dangerous or difficult to reach by road. How the Heck: