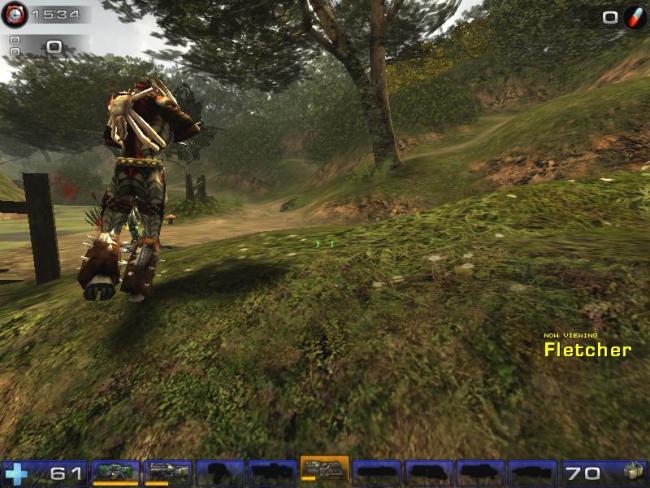 In the 2012 Bot Prize competition, the true winner may be the one who makes the most mistakes. In this match, video game avatars directed by artificial intelligence compete to see which comes across as most human in a fight against real human players. This year, for the first time, human participants mistook the two bots for humans more than half the time, a feat researchers attribute to the fact that these bots were programmed to be less-than-perfect players. During the game, the aptly named "Unreal Tournament 2004

," players, of course, try to kill each other, but they also categorize each character they meet as either bot or human. As they move through their virtual world, they use what's called a judgment gun to tag the figures they encounter, and these scores, or humanness ratings, determine the winners of the competition. Since the competition started, in 2008, the goal for the programmers entering their artificial intelligences in the game has always been to achieve a robot that was mistaken for a human half the time. This time, two bots achieved it, with humanness ratings of 52 percent. Furthermore, the human players had 40 percent humanness ratings, meaning that 60 percent of the time, human players thought other human players were robots. The key to designing a convincing bot, researchers think, is to make sure it's not too perfect. An avatar directed by a human would not have perfect aim, something a computer could easily achieve, explained Jacob Schrum, a doctoral student from the University of Texas who collaborated on one of the winning bots, in a press release

. Instead, a good bot would shoot worse at long distances and make illogical decisions about which characters to pursue. Maybe now the focus will be on teaching humans to act less robotic. Video game photo via Jacob Schrum