Immersive Storytelling Outside of Virtual Reality

Many of the virtual reality experiences on display at the 2015 Tribeca Film Festival tried to make viewers believe they were actually in a virtual world by tricking the eyes and brain. But one of the most immersive experiences at film festival's "Storyscapes" event succeeded in transporting my mind to a different place by taking away my vision entirely. Instead of giving me a virtual reality headset, the "Door into the Dark" experience isolated me with a construction helmet, face-blocking visor and headphones. That sense of being alone in the dark prepared my mind for the storytelling to follow -- similar to the ritual of the lights dimming in a movie theater before a feature film begins. The creators of "Door into the Dark," Amy Rose and May Abdallah, want people to experience the stories and sensations of feeling lost. But taking away my sight and taking control of my hearing was just one step toward focusing my brain on the storytelling that followed. Abdallah explained that she also wanted the experience to fully engage people's bodies along with their minds. She compared "Door into the Dark" with some current virtual reality (VR) experiences that lack the interactivity to fully track your hands and movements inside the virtual worlds. When I first blindly entered the main room, I followed a guide rope by running both hands over its fibrous surface as I listened to a story of how a blind man experienced his life through his other senses. At the end of the rope, a gentle audio narrator told me to let go of the rope and explore. I found it surprisingly difficult to obey at first, but eventually I abandoned the rope and stepped forward to encounter what felt like a fine mesh fabric strung up like a net. I pressed up against it and carefully felt my way along its length using my hands, feeling a bit like Matthew McConaughey's character in a certain scene from the 2014 science fiction film "Interstellar." 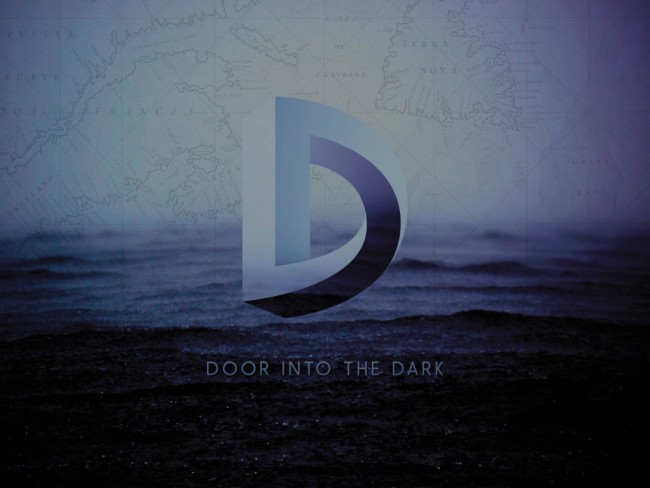 "Door into the Dark" is a live experience described as an immersive documentary. Credit: Anagram The second story of "Door into the Dark" involved a mountain climber telling about his experiences. I carefully felt my way past the vegetation and branches of a "forest" and emerged in a small clearing to find a large "rock" serving as a resting spot. When prompted by the audio narrator, I sat down and listened to the mountain climber's story of making a perilous descent and the urge to "surrender to the void." I felt utterly peaceful. I eventually continued feeling my way along a path that felt as though I was walking through a narrow mountain crevasse. A third story immersed me in the tale of a man describing his struggle against mental illness. Without giving away too many of the immersive tricks in "Door into the Dark," I'll just say that could literally feel the oppressive weight of something holding me down as the narrator described being held inside a small mental ward room. The overall "Door into the Dark" took maybe 40 minutes or so for each individual person. It's clearly not an experience designed for many people to try it all at once; I was lucky to get a time slot to experience it. Still, I think it holds some valuable lessons about a different way to create a sense of immersion that makes it easy to lose ourselves in the storytelling at hand. There is no doubt that VR headsets with all their visual wizardry have huge potential in future storytelling. But "Door into the Dark" provides a timely reminder of how to create meditative storytelling that can refocus our minds on some of the more neglected sensory experiences.