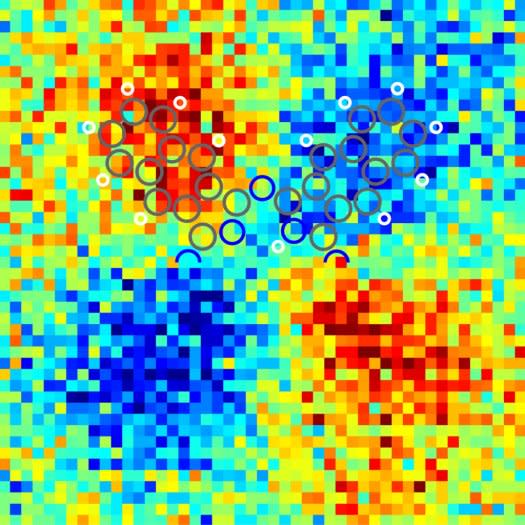 Using an exquisitely sensitive probe, scientists at IBM have succeeded in making an image of where a single molecule's positive and negative charges lie

. The molecule in question is X-shaped naphthalocyanine

, which can switch back and forth between two different configurations when voltage is applied to it, and which IBM has used in its research into tiny logic switches

. It was this shift and its accompanying change in the distribution of the molecule's charge that the researchers chose to investigate. In the image above, red indicates where the electrical field between the probe and molecule was positive, and blue indicates negative. As scientists and engineers look into building molecule-sized transistors and other electronic devices, being able to detect exactly where a molecule's charge is and how chemical reactions change it will be invaluable. Image courtesy of IBM Research