I, for One, Welcome Our New Robot Scientist Overlords 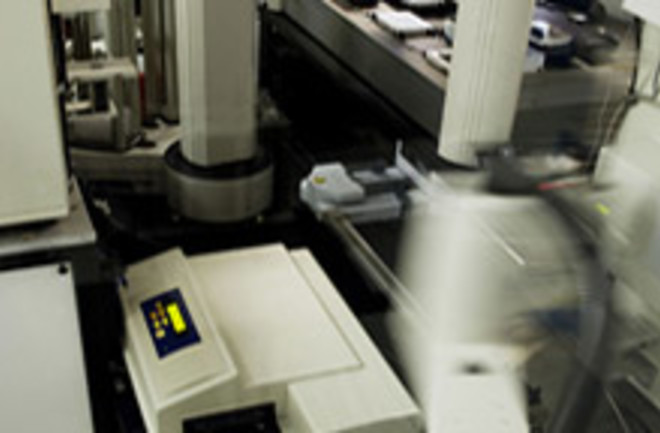 Researchers have built a robot that doesn’t just perform pre-programmed tasks like a factory worker, but instead is capable of generating its own hypotheses and then running experiments to test them–like a scientist. The robot, named Adam, was set to work investigating the genetics of brewer’s yeast, and made 12 small discoveries. Lead researcher Ross King says that Adam’s results were modest, but real. “It’s certainly a contribution to knowledge. It would be publishable,” he says [New Scientist].

Adam isn’t a humanoid robot; instead it’s comprised of a sophisticated software program run on four computers, and a room full of lab equipment to carry out commands. The researchers gave Adam a freezer full of yeast strains and a database containing information about the yeast’s genes and enzymes, and asked Adam to determine which genes code for specific enzymes. The robot came up with hypotheses, devised experiments to test them, ran the experiments, and interpreted the results. In all, Adam formulated and tested 20 hypotheses about genes coding for 13 enzymes. Twelve hypotheses were confirmed. For instance, Adam correctly hypothesised that three genes it identified encode an enzyme important in producing the amino acid lysine. The researchers confirmed Adam’s work with their own experiments [New Scientist].

The novel experiment, described in a paper in Science, suggests that lab robots could one day take on the more mundane aspects of scientific research. “There are certain scientific problems that are so complicated that there are not enough people available to solve them,” King said. “We need to automate in order to have a hope of solving these problems.” Robot scientists, for example, could prove valuable in drug design and screening [National Geographic News]. King’s next experimental robot, to be named Eve, will help in the search for new drugs to combat tropical diseases like malaria.

King admits that his robot is still operating at a fairly basic level, and says that Adam and his ilk won’t be driving scientists out of their jobs anytime soon. “If you spent all of the money we’ve spent on Adam on employing human biologists, Adam probably wouldn’t turn out to be the cost-effective option,” he said. “But that was the case with the first car. Initially, the investment in the technology wasn’t as cost-effective as sticking with horses” [BBC News].

In a related paper, also published in Science, researchers created a sophisticated computer program that could extrapolate the laws of motion from a pendulum’s swings…. [T]he program deduced the natural laws without a shred of knowledge about physics or geometry [Wired].