Hurricane-Proof Drones Are the Storm Chasers of Tomorrow 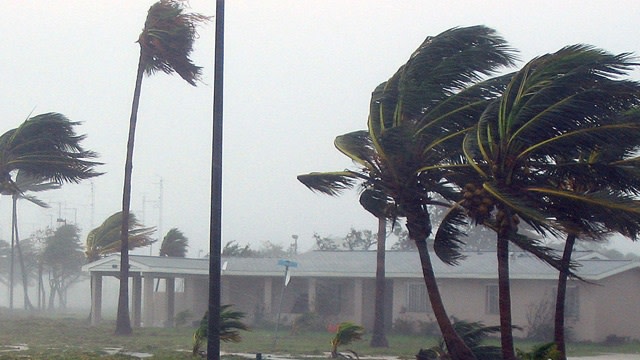 When Hurricane Katrina bore down on New Orleans in August of 2005, federal officials couldn't predict how it would behave with any real certainty until two days before landfall. Next time, their fortune-telling is likely to be far more accurate, thanks to a new type of hurricane-proof data-gathering drone now in development. Current hurricane-hunting planes gather data on winds, pressure, precipitation and temperature, but they can't fly below about 5,000 feet because of extreme turbulence. Dropsondes, small cylindrical sensors that can be dropped from a plane, only provide a few minutes' worth of data before falling into the ocean. A new unmanned aerial vehicle, however, will go where no machine has gone before: the poorly understood, low-lying guts of a storm.

The UAV, dubbed the Coyote, is a winged, 7-pound drone designed to be dropped from a plane and then slowly descend all the way through the core of a storm. Originally developed by the Navy for military surveillance, the hurricane-sensing version of the Coyote employs various sensors and a GPS device to transmit real-time data to the National Oceanic and Atmospheric Administration's Hurricane Research Division. These data will allow scientists to better understand how storms intensify — and also to provide more accurate predictions about the storm's path. "They're filling some critical gaps in our knowledge," said meteorologist Sharan Majumdar, especially since a hurricane's structure can change within hours. "Our hope is to be able to make better predictions about the impacts of hurricanes." A hurricane's structure changes hour by hour, he added. (See below for video of how the Coyote works.) NASA researchers are also testing another type of drone that gleans data from above and around a storm. The Hurricane and Severe Storm Sentinel, or HS3, project uses two unmanned Global Hawks, which look like small planes, to investigate how hurricanes form. That project is in the final year of a three-year trial.

The data collected by the new drones can help local officials prepare for hurricanes farther in advance, when they're still a ways offshore. If today's hurricane prediction technology had been around when Katrina began gaining steam, Majumdar said, "there likely would have been better data on the strength of Katrina, and there likely would have been considerably less loss of life." Katrina killed at least 1,800 people and flattened large swaths of New Orleans. With climate change experts warning of stronger hurricanes to come, the need for such potentially life-saving tools is only becoming more urgent. There's just one paradoxical problem in perfecting the new technology: Hurricane season has been uneventful this year. While that's good news for communities in storm-prone regions like the Gulf of Mexico and the Atlantic coast, it means hurricane researchers will probably have to wait until next year to put the Coyote to a real-world test.