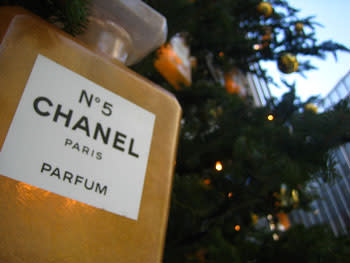 Corporations don't have to wait for the SOPA bill

to pass to start censoring the Internet, it turns out. Under a ruling just handed down by a federal judge in Nevada, hundreds of websites accused by Chanel of selling counterfeit goods are having their domains confiscated and their names removed from search engine results

, with scanty evidence of the accusation's validity. The SOPA, or Stop Online Piracy Act, which you can read more about here

, is backed by Disney, Viacom, Time Warner, and others and is intended to stem piracy. However, numerous tech companies and civil liberties groups have pointed out that it's a sledgehammer approach to a delicate problem, since it allows corporations to have the government remove sites from search engines and take other actions that create an Internet blacklist, similar to the Great Firewall of China. These actions, in fact, would be very similar to what just happened in Nevada. Chanel had filed suits against more than 900 domain names they believed to be selling fake Chanel products. But the proof they provided to the court that these sites were guilty leaves a lot to be desired, Nate Anderson at Ars Technica reports

For the most recent batch of names, Chanel hired a Nevada investigator to order from three of the 228 sites in question. When the orders arrived, they were reviewed by a Chanel official and declared counterfeit. The other 225 sites were seized based on a Chanel anti-counterfeiting specialist browsing the Web.

On the rather dubious strength of that evidence, the domain names were confiscated, so the sites are no longer accessible, and their names are to be removed from search engine results. The case, coming on the heels of SOPA's presentation before the House of Representatives, suggests that corporations may not even need legislative approval to cripple sites they want taken down---just approval from a court. Read more at Ars Technica