How To Turn Your Smartphone Into A Robot

Your smartphone is probably powerful enough to be the eyes, ears and brain of a robot. Now Intel researchers have released a free design that can make this possible. 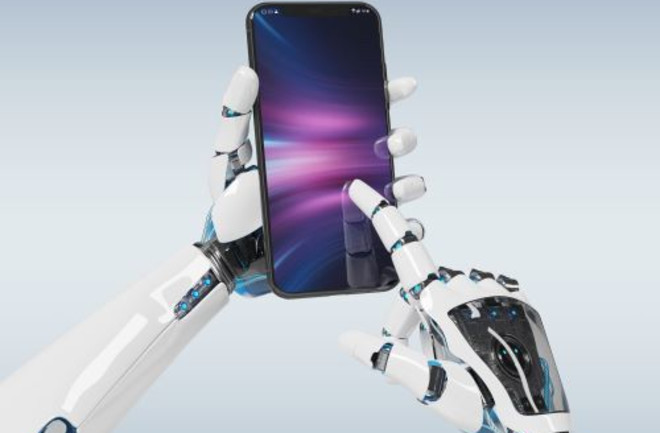 A good robot can set you back a lot of money. “Legged robots and industrial manipulators cost as much as luxury cars, and even the cheapest robots from Franka Emika or Clearpath [Robotics] cost at least $10K,” say Matthias Müller and Vladlen Koltun at Intel Labs.

The reason is that robots require precision actuators, sensor suites and powerful microprocessors. This stuff needs to communicate internally and with the outside world. Robots also need bespoke software that can make sense of the world and carry out complex tasks. That’s why even the least expensive robots cost hundreds of dollars.

Now Müller and Koltun have come up with a way to make robots both cheaper and more capable. They point out that modern smartphones have high resolution cameras, built-in GPS and inertial sensors along with powerful onboard processing capabilities.

Their idea, called OpenBot, is to build cheap robot bodies that use smartphones as their eyes, ears and brains, inspired by Google Cardboard. What’s more, they have published their plans along with the software that makes it all possible so that anybody can build smart, capable robots for around $50 (provided they have a smartphone).

The approach is straightforward. The researchers begin with a design for a four-wheeled robot powered by batteries. The chassis is simple, consisting of a bottom plate that houses the wheels, motors and microcontroller, and a top plate with a universal smartphone holder. The team say that with a consumer 3D printer, the plates take a full day to print. The materials cost around $5.

The other components — four motors and wheels, a speed sensor, Arduino Nano board and motor driver — cost only $25. In fact, the biggest single cost is the three rechargeable lithium batteries that together cost $21 and last for around 45 minutes.

The team also supplies the software, which comes in two parts. The first sits on the Arduino Nano board and acts a bridge between the smartphone and the motors. It looks after the batteries and basic motor actuation tasks.

The second is an Android app which integrates data from the onboard camera, gyroscope, accelerometer, GPS and so on. This provides real time images of the robot’s environment, as well as information about acceleration, location and light intensity. It also processes this data using the open source TensorFlow Lite AI infrastructure to recognize people and objects and for route planning in real time.

The system can also connect by Bluetooth to external game controllers such as those for the PS4 and Xbox, which allow users to interact with the robot. But these are not essential. “The use of a controller is optional and is not needed for autonomous operation,” say Müller and Koltun.

The result is a remarkably powerful little robot that is simple to make at home, at educational establishments or indeed anywhere else. The researchers have put it through its paces by training it to follow a person and to navigate autonomously through relatively simple known and unknown environments.

The results are impressive. You can watch the robot autonomously navigating and following a young person here. And the team have validated the set up on a wide range of smartphones ranging from relatively basic devices such as the Nokia 2.2 right up to powerful machines such as the Huawei P30 and Google Pixel 4 XL. “Our experiments have shown that a $50 robot body powered by a smartphone is capable of person following and real-time autonomous navigation,” say Müller and Koltun.

Unsurprisingly, the more powerful devices perform best. “The cheapest low-end phone (Nokia 2.2) performs worst but is surprisingly still able to follow the person about half of the time,” they say. That performance should get better quickly. “We expect that even low-end phones will be able to run complex AI models reliably in the near future.”

Of course, this isn’t the first time that robot makers have attempted to use smartphones in their designs. But previous projects have been hampered by the capabilities of phones in the past or have used the phones as controllers rather than as the brains of the device. Most are no longer being updated and none have attempted to promote robotics on this scale by making the designs freely available.

That makes the OpenBot project unique. ”We hope that the presented work will open new opportunities for education and large-scale learning via thousands of low-cost robots deployed around the world,” say the researchers, adding that they expect other capabilities to be added soon, such as natural language processing. “We also expect the basic ideas presented in this work to extend to other forms of robot embodiment, such as manipulators, aerial vehicles and watercraft.”

It’s not hard to imagine how this kind of work can be exploited by grass roots teams around the world. For example, these kinds of machines could act as robotic security systems, as robotic companions and even as robotic guide dogs.

Time to get to work!