How to Regulate Commercial Drones: Lessons From the UK 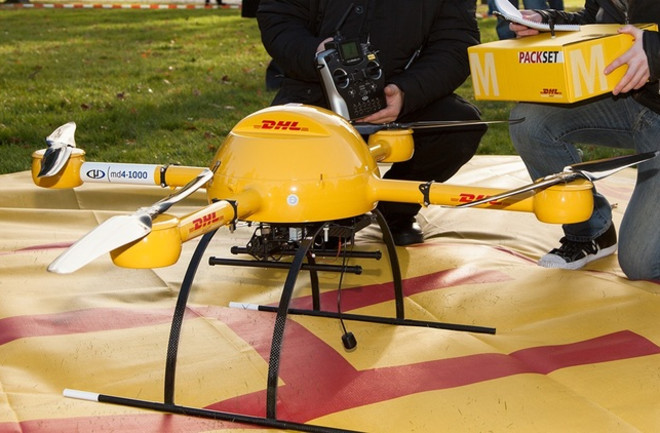 Imagine a scenario where tens of thousands of drones are routinely flown across United Kingdom airspace. Some of these are very large, more than 220 pounds – and some are equipped with jet engines that can reach speeds beyond 100mph. If you think this seems unlikely then you’re quite wrong: there are already more than 36,000 remote control model aircraft hobbyists in the UK flying small aircraft at more than 800 sites.

But there are remarkably few accidents, despite their numbers. To start with there is a strong sense of self-regulation among hobbyists. More important is that the community of enthusiasts requires that its members have insurance for their flying activities. Insurance premiums are low because this group has collective buying power and there is an incentive to keep claims low by ensuring good practice among those flying these aircraft.

We are now moving into an era in which drones are increasingly used commercially – for law enforcement, surveying, or film and photographic duties. Amazon is in discussions with regulators in the UK and Canada for its plans for drone deliveries. Facebook intends to bring internet access to rural areas via solar-powered drones, currently being trialled in the UK.

There is a potentially huge market associated with drones – and unnecessarily strict government regulation could stifle its growth. On the other hand, weak regulation might lead to accidents and a counterproductive public backlash. There are lessons that regulators could learn from the many years experience with remote control aircraft hobbyists.

The key is insurance, which needs to be a requirement for commercial activities with a mandated level of cover. In order to satisfy insurers, the drone operator will have to adhere to certain standards and codes of practice. This is where self-regulation and collective bargaining comes in: the British Model Flying Association (BMFA) currently organizes insurance for all its members and has a vested interest in making sure that accident levels, and therefore claims, are low.

The analogous commercial organization to BMFA is the Association of Remotely Piloted Aircraft Systems, ARPAS-UK. Similarly this is a non-profit organization run by its members, which include several hundred UK commercial drone operators. To be truly successful it needs to offer insurance, which would make it very attractive to commercial operators which would then have a strong incentive to join and comply with its standards in order to obtain the best insurance rates.

This will be more effective than control through the Civil Aviation Authority (CAA) or some other arm of government as it uses a financial incentive to minimize risks and accidents. As a small, focused organization it will also offer a degree of agility and responsiveness that government bodies typically lack.

The CAA has been remarkably proactive in trying to regulate commercial operations with a “light touch”. A cynic might suggest this is a result of government pressure to cut down on government red-tape and cumbersome bureaucracy.

There is no doubt that there should be a compulsory register of all commercial operators and a requirement for would-be operators to demonstrate sufficient competence to be licensed to fly. What’s less clear is whether there will be an enforced incident reporting requirement and (where necessary) incident investigation process. As is the case across the public sector, the CAA faces reduced budgets and it’s not clear how it will respond to the workload when commercial drones really take off in the future.

But, again, an organization such as ARPAS-UK has a vested interest in responding swiftly to members and recording safety issues. If it coordinated an insurance offering it would be able to record all claims, and hence presumably all but a very few minor incidents that warranted no claim. For larger and more serious incidents the expertise of the CAA will be required.

The recent House of Lords report into the drone industry makes some well-intentioned but somewhat vague recommendations. For example it suggests there should be an “online database of drone operations” – would this be mandatory? Who would administer and pay for this, and to what end?

Another recommendation is a “shared manufacturing standard” for drones, such as the CE Mark, which demonstrates that a product conforms to relevant standards and laws. But anyone with any aviation experience will know that this is absurdly simplistic and probably unworkable. Certain aspects of drone engineering, for example electronics, must already comply with electrical safety, noise and Ofcom frequency interference regulations. It’s not possible to write a generic “airworthiness standard” for the enormous range of drone types, sizes and configurations available now or in the future – and attempting to do so would inevitably constrict innovation.

Ultimately, while it is in everyone’s interest that risks are minimized, they can never be completely eliminated. There will be accidents – and it’s important to bear that in mind. As we’ve seen just recently, even a highly-regulated industry like aviation experiences fatal accidents.

It is interesting that most of these stem from human error, such as the Germanwings flight 4U9525 crash in France, or human error on top of technical faults, such as the Transasia flight GE235 air crash in Taipei where the pilot shut down the remaining functional engine, rather than technical failure alone. By taking humans out of the loop, increasingly commercial drone flights will deliver steadily higher levels of safety for everyone.