How to Build a Mechanical Ventilator For a Few Hundred Euros

A global team of physicists, engineers and medics have published the design of a low-cost, simple ventilator that they are readying for mass production — now. 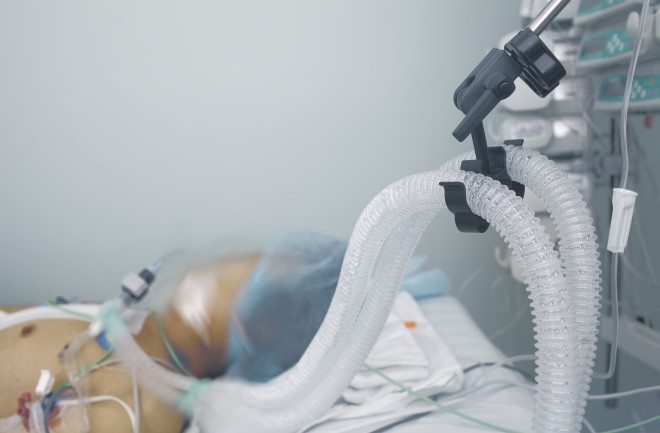 The main cause of death from COVID-19 is acute respiratory distress syndrome, where the lungs are unable to provide enough oxygen for the body. The treatment is to place these patients on a mechanical ventilator, a device that forces oxygen or medical air into the lungs.

But with infections spreading like wildfire, the number of people requiring mechanical ventilation is skyrocketing. A recurring theme in the health care systems of one country after another is the shortage of ventilators. This leads to heartbreaking stories of doctors forced to decide who receives treatment and who doesn’t.

So governments the world over are desperately looking at ways to manufacture ventilators quickly, cheaply and reliably. Earlier this week, for example, the British government began asking high-tech engineering companies to switch their resources to making ventilators instead. It even set out detailed, minimally acceptable requirements that it wants for these devices.

But what to make? It is no easy task to design a machine from scratch, prototype and test it and hope that it works reliably. Least of all a life-critical device like a ventilator.

Enter Cristiano Galbiati, at Princeton University, and a team of colleagues that spans the Americas and Europe, who have published the design of a mechanical ventilator that they have prototyped and built in just a few days and at minimal cost. The machine is designed to be mass-produced specifically to tackle the COVID-19 pandemic.

The team base their design on an old but reliable machine called a Manley Ventilator, originally developed in the 1950s by anesthetist Roger Manley. His key insight was to use the pressure of gas from an anesthetic machine to help his patients breathe. So his machine was entirely gas-driven. Later, engineers introduced various sensors and actuators to control and monitor what is going on. But the design is still extremely simple, requiring just a power supply and a gas supply.

Galbiati and colleagues say the main difference between theirs and Manley’s machine is that they use electronic pneumatic valves that can be controlled by computer, rather than mechanical switches. This eases the move to large-scale production, they say.

The ventilator consists of a supply of oxygen or medical air under pressure; a flowmeter to measure the flow of gas; a couple of pneumatic valves to control this flow and a pressure sensor and microcontroller to control the valves.

In addition, the machine maintains a specific gas pressure into and out of the lungs using the weight of a column of water in a simple device known as a vent trap. Lastly a device known as a spirometer measures the volume of gas expelled by the lungs on each breath, to monitor breathing patterns.

The ventilator can also operate in an assisted mode where it senses the pressure change associated with the first stage of a patient’s breath and then kicks in to help.

And that’s it. The machine is called the Mechanical Ventilator Milano and all its components are readily available off the shelf. “The total cost of components is a few hundreds of euros,” say the team. They have even ensured it meets the U.K.’s requirements, as far as possible.

That’s vital work that could have a huge impact on the way countries tackle this pandemic. It is not the only design being developed for the pandemic, but the fact that it is backed by an international team of experts gives is badly needed credibility.

However, significant and important steps lie ahead in testing the machine, improving it where necessary and then manufacturing it en masse.

There is no time to lose — lives are at stake.