How Slow is South Africa's Internet? A Pigeon Is Faster (Literally) 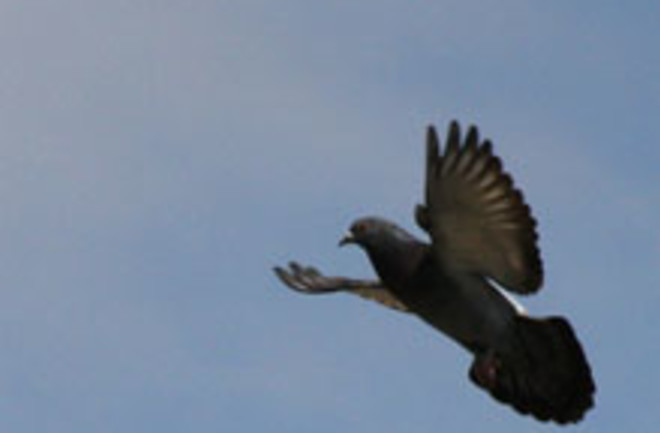 Internet speed is awful in South Africa—so awful, in fact, that Unlimited Group, an insurance and financial company in Durban, has decided to use pigeons rather than e-mail. Unlimited Group sent Winston, an 11-month-old pigeon, on a 50-mile trip with an encrypted data card attached to his leg. It only took the bird one hour and eight minutes to deliver the info to the main call center. That beats the six hours it would have taken to send four gigabytes of information over the Internet. And if the weather is bad, it can take as long as two days. The Daily Mail reports:

Kevin Rolfe added: 'For security reasons the information on the memory card attached to Winston has to be very thoroughly encrypted, as it contains personal details of people who call our centre. 'With modern computer hacking, we're confident well-encrypted data attached to a pigeon is as secure as information sent down a phone line anyway. 'There are other problems, of course. Winston is vulnerable to the weather and predators such as hawks. Obviously he will have to take his chances, but we're confident this system can work for us.'

Internet is so unbelievably slow in South Africa because of the shortage of bandwidth, but it should pick up soon after the 10,500-mile fiber optic cable system is set up next year. The idea of using pigeons in the meantime isn’t all that crazy, given that the birds were used in World War I to send messages—still, in our tech-crazed era, it's nothing short of shocking. Related Content: Discoblog: How Fast Is The Internets In Your Country? Discoblog: Move Over, Google: The All Knowing Search Engine Is Coming Soon