The ability to simulate electrochemical behavior at the quantum scale heralds a new era of battery design. 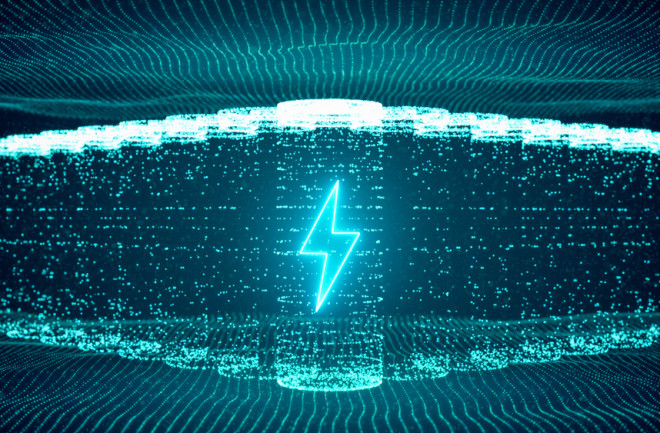 Lithium-ion battery technology is one of the foundations of our 21st century lifestyles and a great hope for green energy storage. And yet their development and improvement has not kept pace with the way other technologies have advanced.

In an ideal world, better batteries would have longer lifetimes, faster charging times, greater capacities and low cost. But the complex electrochemistry at work means that a tweak to improve one aspect of performance often reduces performance in other areas. That’s partly because the effects of chemical and material tweaks can often be too complex to unpick.

The new technology of quantum simulations has the potential to solve this problem. A quantum simulation reproduces the behavior of a material at the most fundamental chemical level. In theory, it ought to be possible to understand lithium-ion batteries perfectly, along with the effects of any tweaks.

The reality is a little different, however. Quantum simulations are powered by the emerging technology of quantum computing and, for the moment, the available computing power is limited. At the same time, there are only a few quantum algorithms for this kind of work. So determining the most promising way to exploit quantum simulations is hard for electrochemists.

Enter Alain Delgado at Xanadu, a quantum computing start up based in Toronto, and colleagues, who have set out an approach to simulate the most challenging aspects of lithium-ion battery performance in a way that provides the greatest insight into better performance. Their work sets the stage for a new era of industrial simulations at the quantum level that have the capability to improve a wide range of material performance.

Lithium-ion batteries are a good test of this approach because they contain a variety of different elements in different materials under a range of conditions. A battery consists of a positive electrode called the cathode that collects charge carriers such as electros and lithium ions, a negative electrode called the anode, usually made of carbon that produces charge carriers, and an electrolyte material that transports ions between the electrodes.

When the battery is charged, this process is reversed.

Usually, the anode stores more lithium than the cathode. “The cathode material is the main limiting factor in the performance of batteries and also responsible for up to 50% of the total battery cost,” say Delgado and co. So cathode improvements are highly sought after.

A good starting point for any potential battery material is understanding its equilibrium voltage which determines the amount of energy the battery can store. However, this voltage depends on the atomic structure of the cathode and on the different materials that form inside it.

Delgado and co give the example of the cathode material lithium cobalt oxide (LiCoO2) which also forms CoO2 when the lithium ions migrate. So the equilibrium voltage depends on the balance between these two. And this in turn depends on the electronic structure of each molecule.

Another important property is the ionic mobility — the speed at which lithium ions can move through the material structure. This again is determined by the electronic structure the material.

Then there is the thermal stability of the cathode, a hugely complex but important property that determines the safety of the battery. Because the cathode material is often a lithium oxide, the movement of lithium ions in and out of it can release oxygen.

At the same time, the lithium ions can form dendrites that stretch across the electrolyte. This uses up lithium ions, reducing the capacity of the battery. The lithium can heat up. And if the dendrite stretches across the gap, it can short the battery. All this can create dangerous conditions for thermal runaway and ultimately fire.

Understanding exactly how all this occurs is important for battery makers but it depends on the exact structure of the material at the atomic level.

Delgado and co say that all these properties should be accessible to quantum simulations in the near future and set out the algorithms and computing properties necessary for these calculations.

These calculations determine the behavior of every electron included in the simulation. However, the size of the simulation increases exponentially with the number of electrons. So this becomes an important limiting factor.

The simulation works by manipulating a quantum system in such a way that each qubit represents one of the quantum states of interest, such as the orbital state of an electron.

Simulating the behavior of each of these electrons is currently beyond the capabilities of today’s quantum computers. But Delgado and co show how to optimize the calculations to produce useful predictions.

The result is a detailed blueprint for approaching these calculations in anticipation of quantum computers powerful enough to carry them out in the near future. “To the best of our knowledge, this is the first attempt to estimate the resources required to execute quantum algorithms aimed at performing high-accuracy ground-state energy calculations of a realistic cathode material,” say the researchers.

That’s interesting work showing just how far quantum simulations have come and how they are likely to evolve in the near future. An early result, if this is anything to go by, will be better lithium-ion batteries for powering the next generation of devices.

But the implications are far more profound. Quantum simulations herald a new era of materials designed from the quantum level upwards that will perform beyond the limits of anything we have today. Should be rather exciting!

Ref: How To Simulate Key Properties Of Lithium-Ion Batteries With A Fault-Tolerant Quantum Computer : arxiv.org/abs/2204.11890