How Much Does The Internet Weigh?

Discover puts the online world on the scale. 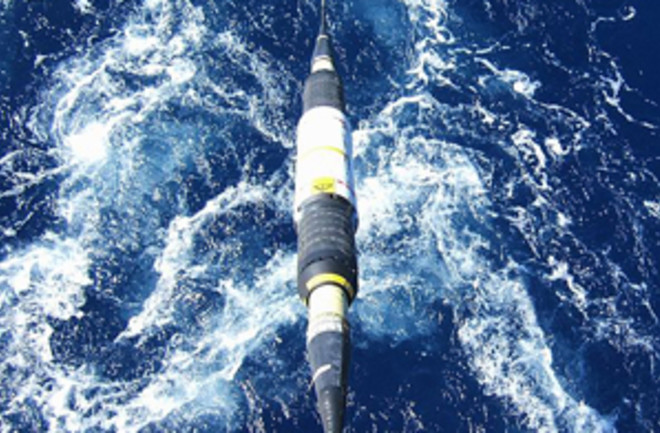 How heavy is information? Most of us know that computers represent all types of information—e-mails, documents, video clips, Web pages, everything—as streams of binary digits, 1s and 0s. These digits are mathematical entities, but they are also tangible ones: They are embodied and manipulated as voltages in electronic circuits. Therefore, every bit of data must have some mass, albeit minuscule. This prompted DISCOVER to ask the question: How much would all the data sent through the Internet on an average day weigh?

In searching for an answer, we scanned technical databases, tore through reference books, Googled like crazy, and checked with experts. It soon became apparent that if we wanted an answer, we were going to have to work it out for ourselves, as no one else appears to have tackled this question before*. So we put our thinking caps on and set the coffee machine on extra strong.

The key to figuring out the weight of the Internet relies on understandi ng the essential process that controls all the information passing through it, whether you are talking about an e-mail being sent across the street or a video feed from a Webcam on the other side of the world. In order to travel across the Internet, information is broken down into packets—little gobbets of data ranging from a few dozen to over a thousand bytes in size. As well as the information being transmitted, the packet also contains addressing details that routers—computers dedicated to moving data around—use to determine where the packets should go.

No matter where a packet is sent or what type of equipment it happens to pass through, one basic cycle repeats over and over until it arrives at its destination: The message is stored in a computer’s memory, analyzed to see where it should go next, encoded somehow for transmission (whether it be as electrons down an Ethernet cable or as photons radioed out from a Wi-Fi card), sent along to the next computer in the chain, decoded, and then stored in the memory of that computer. Repeat as often as necessary.

What’s important are not the individual electrons or radio waves that get transmitted from your computer but the pattern of bits they describe. The electrons or radio waves that are sent directly from your own computer usually don’t get far—a few hundred feet at most—before being digested by another computer. Even when you send packets as light pulses down fiber-optic cables thousands of miles long, repeaters buried every 20 miles or so on the seafloor absorb incoming photons and transmit new photons to the next repeater.

Nine percent of Internet traffic is due to e-mail. Seventy-five percent is due to file sharing.

In other words, the physical objects that move through the Internet never go very far. What really goes the distance—what carries the weight, for our purposes—is the bit pattern that represents each packet, which gets continually rebuilt in the electronic memory of system after system as information traverses the network. One way to understand it is to imagine that I have a car that I want you to have. You, oddly enough, live on an island that is completely unreachable by sea or air, so I can’t deliver my car by shipping it to you directly. Fortunately for us, your island happens to be equipped with a state-of-the-art workshop and a huge supply of car parts. So to send the car to you, I examine it in detail and write down a set of plans, which I fax to you. You then assemble the car from the plans. Presto! You have a new car to drive around your island, one that is definitely real and (here we go) that can be physically weighed.

* Note: Since this article was published, I've been alerted to another estimate by Russel Seitz of how heavy the Internet is, which you may be interested in comparing to mine.

We discovered that a little more technical background is required at this point. Inside a typical computer’s memory, the thing that remembers if a given bit should be a 1 or a 0 is a capacitor. This is a component on a chip (typically) that is capable of holding a small amount of electrical charge. Charge up a cell’s capacitor and it represents a 1. Uncharged, it represents a 0. The memory’s capacitors are so small that they each require only about 40,000 electrons to charge up. That’s a really small amount: Some 5.7 x 10^18 electrons flow through a 100-watt lightbulb every second.

Now let’s look at a typical e-mail, such as some text and a Microsoft Word attachment—like when we sent draft versions of this article home to ponder the problem overnight. Such an e-mail contains about 50 kilobytes. Because there are 8 bits in a byte and 1,024 bytes in a kilobyte, that e-mail is composed of 409,600 bits. Not all of those bits are going to be 1s—that would be a pretty boring e-mail message! On average, about half of the bits will be 1s and half 0s, so that’s 204,800 1s that have to be stored, requiring a total of about 8 billion electrons. One electron weighs 2 x 10^-30 pound, so a 50-kilobyte e-mail weighs about two ten-thousandths of a quadrillionth of an ounce, about the weight of 21,000 lead atoms. That may sound like a lot, but in fact it’s a tiny amount—an ounce of lead contains about 82 million quadrillion atoms.

But that’s just one e-mail. How much information—all the Web pages, instant messages, video streams, and everything else you can imagine—passes through the Internet as a whole? Not an easy number to track down, but finally we got our answer from Clifford Holliday, author of Internet Growth 2006 (published by the telecommunications consultancy Information Gatekeepers). He estimates the total amount of Internet traffic by looking at the activity of end-user connections, such as dial-up modem lines, DSL, and fiber-optic connections. Broadband connections to homes and businesses, like DSL and cable modems, are responsible for generating most of the load, which also goes a long way toward Holliday’s discovery that 75 percent of all traffic on the Internet is due to file sharing, with 59 percent of that file sharing attributed to people swapping video files. Music tracks account for 33 percent of the file-sharing traffic. E-mail, it turns out, accounts for just 9 percent of the total traffic. And that total is... a staggering 40 petabytes, or 40 x 10^15 bytes: a 4 followed by 16 zeros.

Taking Holliday’s 40-petabyte figure and plugging it into the same formula that we worked out for our 50-kilobyte e-mail results in a grand total of 1.3 x 10^-8 pound. At last, after much scribbling (and perhaps a little cursing), we had our answer: The weight of the Internet adds up to just about 0.2 millionths of an ounce.

William Blake’s famous poem Auguries of Innocence (1803) begins, “To see a world in a grain of sand....” He was being more prophetic than he could have ever known.