How I Rediscovered the Oldest Zero in History 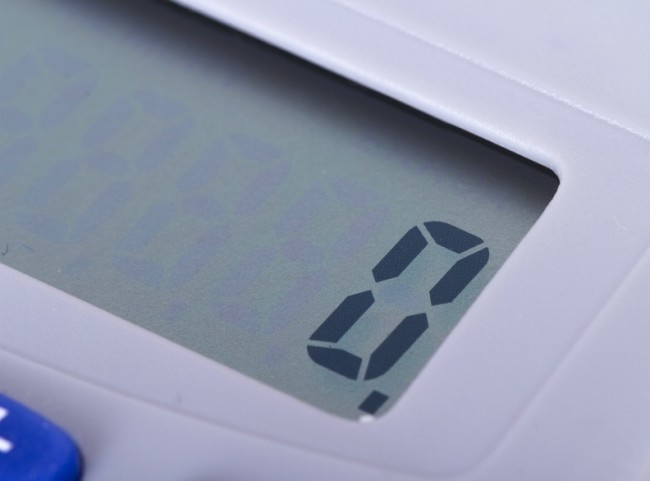 Mathematically, the Greco-Roman-Etruscan number system is an endlessly repetitive number system that is inefficient and cumbersome. To write 3333, which we do by repeating the sign 3 four times, a Roman would have had to scribble down MMMCCCXXXIII---three times as many characters. And I challenge anyone to multiply this number by MMDCCCLXXIX---using only the Roman system (meaning without translating these numbers into what they would be in our base-10 number system and then back into Roman numerals). Surprisingly, this clunky old Roman number system, with its ancient Greek and Etruscan roots, remained in use in Europe until the thirteenth century! Our base-10 system derives its power and efficiency from the fact that we use a zero. The zero here is not just a concept of nothingness (and something every schoolchild learns you are forbidden to divide by), but also a place holder. The zero is a sign we place in a location in a number when there is nothing there---to tell us, for example, that 40 means four tens and no units, or that 405 is four hundreds, no tens, and five units.

Numbers on a dial

Z(10). When you stack such rings one on top of the other, and you let them represent, in turn, the units, tens, hundreds, thousands, ten thousands, and so on, based on each ring's location, you get the highly efficient number system we have today. Think of each ring as a dial---when it goes around full circle, you get 0 and you add a 1 to the ring above it. As an example, start with the number 5---this means only the lowest ring, that of the units, is nonempty, and has the number 5. Now add to this the number 7. Five units from the 7 will bring the units ring to 0 and make the tens ring jump up to 1. The remaining 2 from the 7 will make the lowest ring (the lowest dial) now show 2. Thus we have that the sum of 5 and 7 is 12. Without the place-holding zero, which makes each "dial" start repeating itself after going through zero, we couldn't do this. The ancient Babylonians (preceded by the Akkadians and Sumerians) had a base-60 number system

, without a zero. So already 4,000 years ago, people in ancient Babylon understood that it is efficient to make numbers become "circular" or dial-like, in the sense that 60 was like our 10, and 3600 (60 squared) was like our 100, and so on. But the Babylonians didn't use a place-holding zero, so there were serious ambiguities in their system. Our number system is far superior to the old Babylonian base-60 system, because our base is much smaller and because we use a zero, and it is also superior to the 3,000-year-old Greco-Roman-Etruscan letter-based system. Zero is the incredible invention that made our number system so efficient. This system was popularized in Europe after the publication, in 1202, of the book Liber Abaci

(The Book of the Abacus), by Fibonacci (of the famous Fibonacci sequence). Presumably, Fibonacci learned the use of the 10 numerals with zero from Arab traders, with whom he dealt on behalf of his merchant father, and that is why we often call them the Arabic numerals. But Fibonacci himself refers to them in his book as the "nine Indian numerals" with zero, which he calls zephirum, perhaps originating from the Arab sefir.

But who invented the zero, which gives so much power to our number system? We don't know who invented it, but we are pretty sure that the zero is an Eastern invention. The oldest zero in India with a confirmed date is from the mid-ninth century, and found in the Chatur-bujha temple in the city of Gwalior.

At one point, an older zero was known. In the 1930s a zero from the year AD 683 was found in Cambodia, and its great antiquity allowed a French researcher by the name of Georges Coedes to prove that the zero is of Eastern provenance. This is because, while the Gwalior zero is concurrent with the Arab empire based in Baghdad (the Caliphate), the zero from 683 predates extensive Arab trading. It also comes from a location that is much farther east than India. Its existence thus makes it highly unlikely that the zero was invented in Europe or Arabia and traveled east through Arab traders, as some had believed in the early 20th century. The Cambodian zero proved that zero was an Eastern invention. But this zero disappeared during the Khmer Rouge regime in Cambodia, and no one knew if it still existed. I felt very strongly that it was important to recover the world's oldest zero. I spent five years researching its whereabouts and developed various hypotheses about where it might be found. Then last year I was awarded a generous research grant from the Alfred P. Sloan Foundation

in New York, which enabled me to travel to Cambodia to search for this precious find. As is well known, Cambodian artifacts have been plundered for decades and sold illegally on the international antiquities markets

. During the Khmer Rouge era, while killing 1.7 million of their own people, Pol Pot and his henchmen also looted, vandalized or destroyed more than 10,000 ancient statues or inscriptions. The location where the oldest zero in the world---on a seventh-century stone inscription---was kept was plundered by the Khmer Rouge as late as 1990. I traveled to that location, not far from the famous Angkor Wat temple, and after weeks of searching among thousands of artifacts, many of them damaged or discarded, I was able to discover the inscription. It is shown in the photo below, taken by my wife. 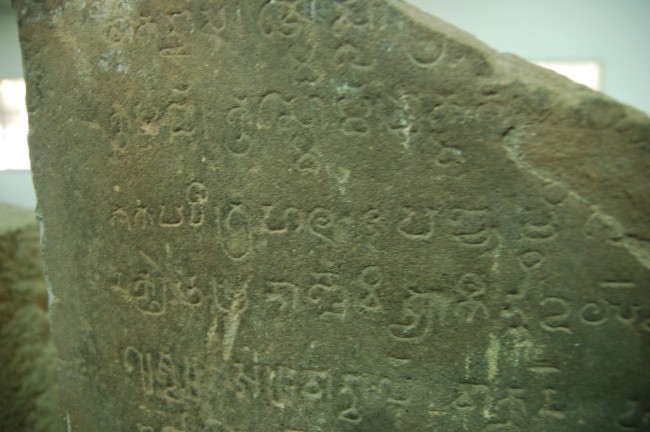 Inscription K-127, from Sambor on Mekong. Photo Credit: Debra Gross Aczel The zero is the dot in the middle, to the right of the spiral-looking character, which is a 6 in Old Khmer. The numeral to the right of the dot is a 5, making the full number 605. The inscription says: "The Chaka era reached year 605 on the fifth day of the waning moon..." We know that in Cambodia the Chaka era began in the year 78 AD. Thus the date of this zero is 605 + 78 = 683. I notified the Cambodian Government of my discovery, and His Excellency Hab Touch of the Cambodian Ministry of Culture and Fine Arts, who had helped me in my search, promised me to place this inscription---one of the most important finds in the history of science---in the Cambodian National Museum in Phnom Penh, where it rightly belongs. So anyone interested in the history of science and the birth of numbers should soon be able to see the first zero ever discovered. Amir D. Aczel writes often about physics and cosmology. His book about the discovery of the Higgs boson, Present at the Creation: Discovering the Higgs Boson, was published in paperback by Broadway Books in November 2012.Top image by yanugkelid / Shutterstock

The SciencesThat Word You Heard: Vinculum
Recommendations From Our Store