How Humans Can Pave the Way for Robot Taxis 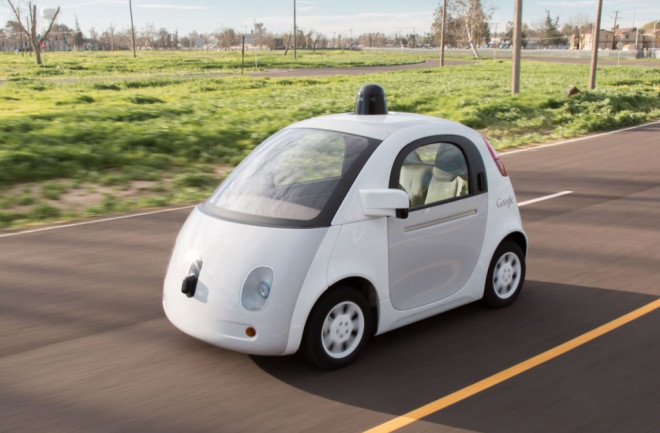 A prototype version of a Google self-driving car. Credit: Google Driverless cars and robot taxis are the ultimate hands-off dream for many Americans who have grown weary of long commutes and road trips. But human policymakers and individual car owners still have hands-on roles to play in removing possible speed bumps from the future path of self-driving cars. Plenty of human factors and policy decisions will determine the fate of driverless vehicles even if human drivers no longer sit behind the wheel. Researchers at The University of Texas at Austin have been trying to answer some of the unknowns among those issues. For example, one of their studies showed many Americans would not want to pay higher Uber or Lyft fares if they were picked up by a robot taxi. In a separate study, more than half of Americans surveyed said that self-driving car technologies were worth zero dollars to them. Such attitudes may change if self-driving cars can prove themselves to be safe and reliable rides, but the survey results still surprised the researchers. "Even under the most favorable scenarios we simulated, these technologies are expected to take decades to reach a state of near-universal adoption,"said Kara Kockelman, professor of civil, architectural and environmental engineering at The University of Texas at Austin. "However, there are other incentives or policies that one can imagine being put into place, that will retire or retrofit a relatively conventional fleet of vehicles faster."

Speeding Up Adoption of Self-Driving Cars

The supposed advantages of self-driving cars—such as safer driving and less traffic congestion—depend on how soon Americans are willing to trust and use driverless vehicles. Self-driving cars have not yet been approved for sale, but Kockelman and her colleagues simulated eight different future scenarios based on American willingness to pay, technology prices and government regulations. That led to a wide range of possible outcomes for the percentage of U.S. passenger cars being driverless vehicles by the year 2045: Anywhere from 25 percent to 87 percent. The willingness of Americans to pay higher prices for owning self-driving cars or hailing robot taxis could greatly influence how quickly such technologies spread. At first, it seems like many Americans share a reluctance to pay any additional costs for such technologies. But Kockelman pointed out that Americans may change their minds depending on how the question is asked. "For example, if we had asked, 'would you be willing to pay $250 to convert your current car to a self-driving car?', I think 75 percent of people would have said yes," she explained. Lawmakers and government regulators could also pave the way for self-driving cars to become more popular, Kockelman said. For example, some U.S. cities might make the policy decision to ban manual driving from downtown areas in order to protect pedestrians. They could also encourage use of robot taxis by reserving curbside parking sapce for such vehicles. State regulators might also choose to reserve certain highway lanes for self-driving cars for the purpose of speeding up commutes and reducing travel delays.

Another big unknown is how many self-driving cars will be privately owned or the equivalent of robot taxis for hire. Many companies such as tech giant Google and the ride-hailing services Uber and Lyft seem to be pushing hard for "shared autonomous vehicles" (SAVs) that act as robot taxis. Such robot taxis may be the first exposure many Americans have to self-driving cars, which could potentially have a big influence on changing their views on the safety and reliability of the technology. This question of private ownership versus robot taxis would also make a big difference in how self-driving cars affect issues such as traffic congestion and energy usage. Even if robot taxis made up just 10 percent of all vehicles, they would likely be on the road much more of the time and could make up almost 50 percent of traffic at any given time, Kockelman said. She and her colleagues plan to study the issues related to private ownership vs. robot taxis in much greater detail down the road. Some experts have warned of self-driving cars possibly creating worse traffic problems if they're allowed to drive around empty much of the time. But policymakers could nip that nightmare scenario in the bud by not allowing private car owners to summon their vehicles like personal taxis and limiting the amount of empty driving done by official robot taxis. "Personally, I really hope people adopt the shared-fleet approach (with a 10-percent cap on the share of empty SAV-fleet driving), and that empty-vehicle driving is not allowed for privately held vehicles," Kockelman said. To read the original studies, see the prepublication versions hosted on the website of the Cockrell School of Engineering at The University of Texas at Austin.