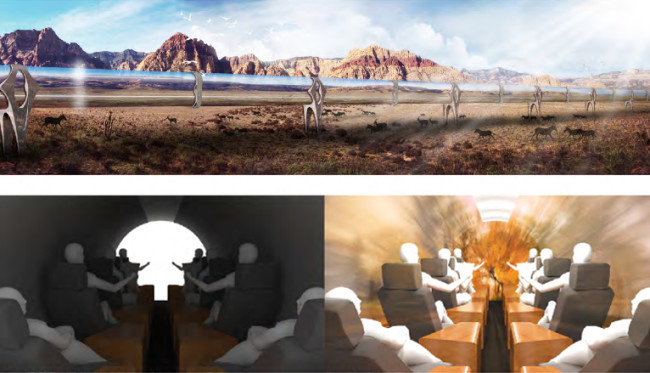 Forget planes, trains and automobiles; Elon Musk’s Hyperloop concept is the future of getting from point A to B. But, in practice, what would a Hyperloop system look like? In a word: awesome. Thanks to Suprastudio, a design workshop at UCLA’s architectural school, you can get an all-encompassing preview of what it would be like to hitch a ride in a capsule traveling 760 miles per hour within a tube. In a 158-page document loaded with visuals, the Suprastudio details everything you’d want to know about a Hyperloop system, from hypothetical routes down to the design of the seats.

Elon Musk was the first person to describe the need for a revolutionary “fifth mode of transport,” a so-called Hyperloop, back in 2012. The Hyperloop is a conceptual ultra-fast transportation system in which capsules ride upon a cushion of air inside reduced-pressure tubes — similar to those vacuum tubes at bank drive-throughs. Passengers would travel at an average speed of 600 miles per hour, which means you could get from Los Angeles to New York City in just under three hours, as compared to over six by plane. Now, Elon Musk isn’t the only person with skin in the Hyperloop game. Several other companies are interested in the technology. California-based Hyperloop Transportation Technologies is one of those companies, and its CEO, Dirk Ahlborn, worked with Suprastudio to pull together concepts for a Hyperloop system. And here’s the best part about these plans: Hyperloop Transportation Technologies has also secured land rights to build a test track in California, which means the images you are about to see have a real shot at becoming a reality.

A schematic of how the tube system would be built: 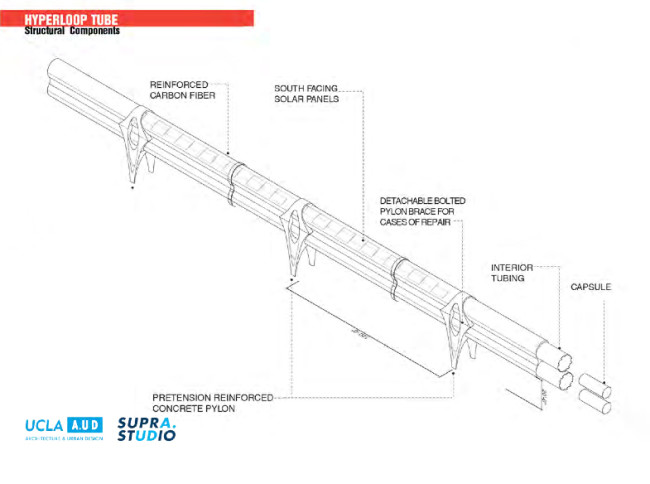 And here's what it would look like connecting Los Angeles to Las Vegas: 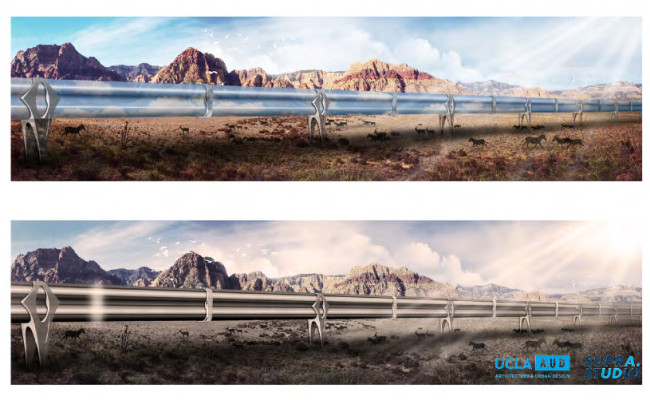 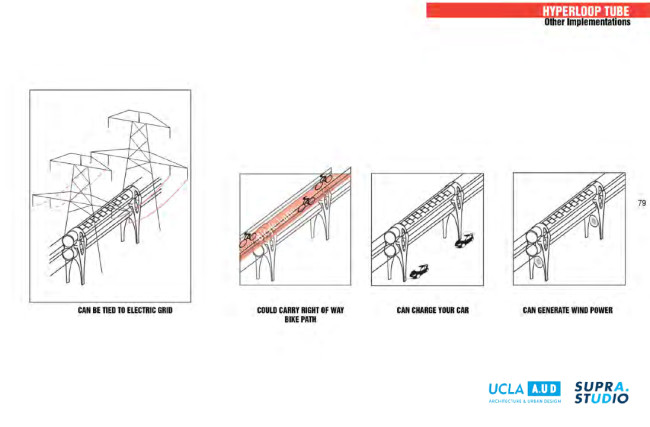 The experience for passengers inside the capsule could be augmented with high-tech visual displays:

Passengers could board via seats that slide out and slide back into the capsule. 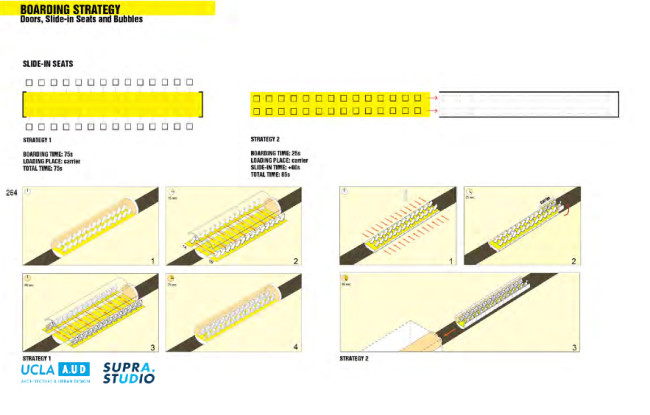 Where you could go within 30 minutes aboard a variety of transportation options. None of the options come close to the Hyperloop: 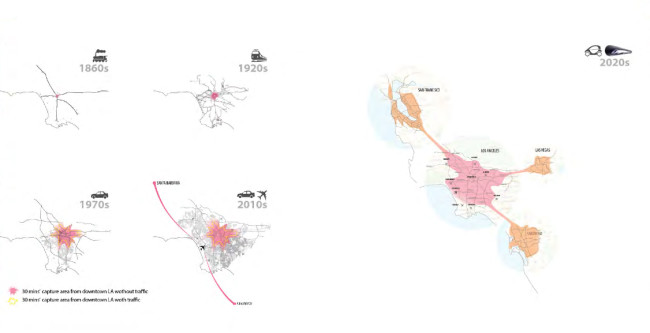 How the Hyperloop could connect cities within "mega-regions":

If these visuals have you salivating, we encourage you to dive into the rest of the report. Apart from Hyperloop concepts, the report is a fascinating look at the history, design and efficacy of our current mass transit options. But block out some time, it's a rather engrossing document. So when can we expect the Hyperloop to get up and running? Not for a while. However, Hyperloop Transportation Technologies plans to begin construction of its test track in 2016, and another start-up, Hyperloop Technology, also plans to build test a track in California. Musk, too, plans to construct a track in Texas for other companies and student teams to test their concepts. In other words, things are starting to happen. But for now, at least, interstate lunch breaks will have to remain the stuff of daydreams.

Making it a Reality