Having a beer might help get your creative juices flowing. 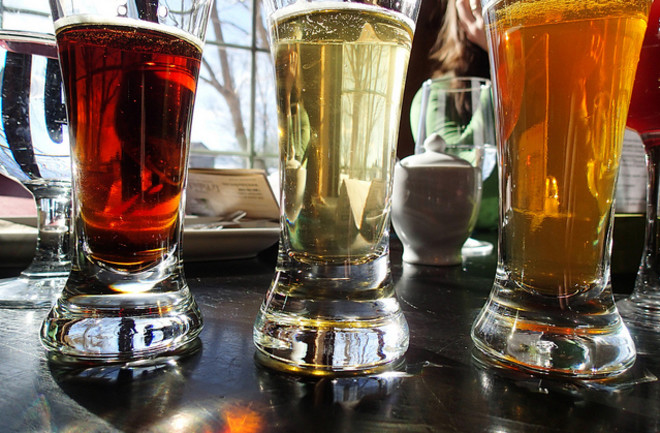 Image:Flickr/Robbie SprouleFeeling stuck on a problem? This study suggests that having a drink might help! Here, scientists gave one group of volunteers beer, and another group non-alcoholic beer. They then tested the creative thinking ability of each group. Turns out that very light drinking (about one beer) improved creative thinking, but made other cognitive abilities worse or unchanged. So the next time you find yourself really stuck, consider having a small drink -- just don't plan on doing your taxes or driving afterward. Cheers!Creativity on tap? Effects of alcohol intoxication on creative cognition. "Anecdotal reports link alcohol intoxication to creativity, while cognitive research highlights the crucial role of cognitive control for creative thought. This study examined the effects of mild alcohol intoxication on creative cognition in a placebo-controlled design. Participants completed executive and creative cognition tasks before and after consuming either alcoholic beer (BAC of 0.03) or non-alcoholic beer (placebo). Alcohol impaired executive control, but improved performance in the Remote Associates Test, and did not affect divergent thinking ability. The findings indicate that certain aspects of creative cognition benefit from mild attenuations of cognitive control, and contribute to the growing evidence that higher cognitive control is not always associated with better cognitive performance." Chemists explain why it’s so hard to lift a wet glass from a table.Curvy vs. straight – which glass ups your drinking rate?Drinking alcohol actually makes your face more attractive.