Hauling Out the Quantum Frigidaire: Can Quantum Mechanics Suck the Heat From Computing? 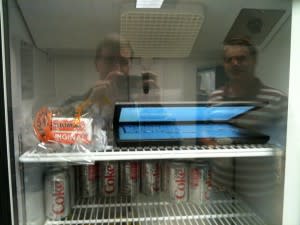 What's the News: Anyone who has had their thighs baked by a laptop knows that computing releases heat. And it's more than a common-sense maxim: physicists have shown that heat released by information processing is bound by a physical law, where a bit of information processed must cause a corresponding rise in temperature. But could quantum mechanics allow computations that actually cool computers down? In a recent Nature paper

, researchers describe how this paradox is possible. How the Heck:

The Future Holds: The team has described a theoretical situation, and now someone needs to step up to the plate and test it experimentally. Should it work out in the real world, the researchers think it could eventually be used to cool down supercomputers. Reference: Lídia del Rio, Johan Åberg, Renato Renner, Oscar Dahlsten, Vlatko Vedral. The thermodynamic meaning of negative entropy. Nature, 2011; 474 (7349): 61 DOI: 10.1038/nature10123