Harper Reed, Obama's Data Guru, Gets Voters to Engage---and Provide Their Info Along the Way 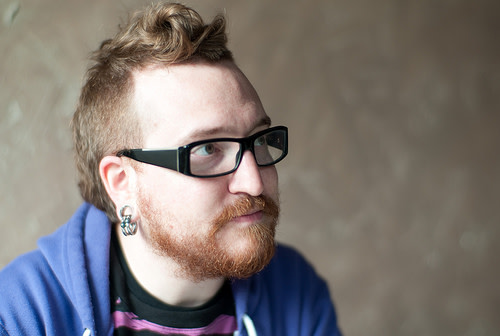 What do custom-designed T-shirts and presidential campaigns have in common? Harper Reed, chief technology officer for the Obama campaign, rose to prominence because he knew the answer: They both can benefit from websites that engage users and encourage community participation---and, in the process, gather valuable data. In a profile at Mother Jones, Tim Murphy describes how such potentially powerful and jealously guarded tech strategies---Obama's go by codenames like "Narwhal" and "Dreamcatcher"---work. Reed got his start at Threadless

, a website that sells quirky T-shirts to hipsters. But as Murphy details

, the site didn't just make shirts and expect people to buy them; it was a social forum that asked for their input every step of the way:

Threadless wasn't the first company to market arty apparel to the Wicker Park set, but its genius lay in its model. Its website functions as a sort of community center, inviting users to submit T-shirt concepts and vote on their favorites. Out of more than a thousand entries each week, a handful are selected. It's almost impossible for a new T-shirt to flop because the target audience already has declared it a hit ... The brilliance of Threadless is that it turned customers into workers, and work itself into a game.

Now chief technology officer of the Obama campaign, Reed has now created a grassroots organizing website called Dashboard. The site applies Threadless's techniques to politics, gleaning information and input from its users at every turn. To even access the site, you have to provide a street address and zipcode, then log in through Facebook or by creating an account. And, as Murphy writes, that's just the beginning:

[Y]ou're given a never-ending variety of tasks designed to both engage you and learn more about you. If you sign your name to a petition on the site, that's tracked. If, as you're prompted to do time and again, you write a paragraph explaining what the campaign means to you, that text can be mined for relevant signifiers (say, support for LGBT equality) and added to your voter profile.

The campaign uses the data to tailor not T-shirts but its message. It uses information about its supporters to predict the preferences of people in similar demographics, then sends subsets of voters messages designed to appeal to them personally, a tactic called microtargeting. But it's unclear whether the technique will end up helping Obama's campaign (or Romney's, which is also aiming specific messages at small groups of voters): People don't like the idea of being targeted, and they especially dislike getting messages that seem targeted to someone else---as will certainly happen from time to time.

Read the rest at Mother Jones.