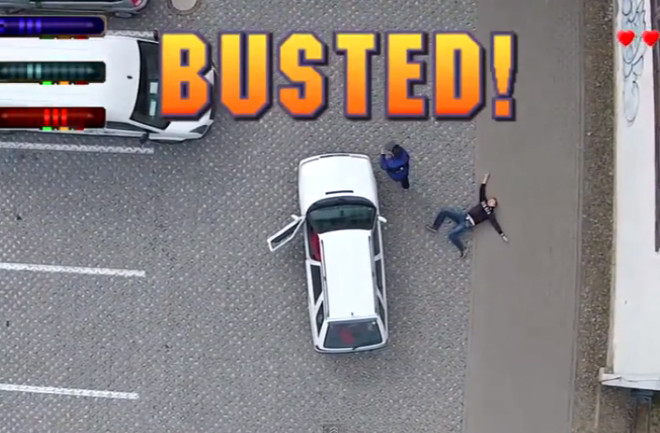 Long-time fans of Rockstar Games’ Grand Theft Auto series will certainly appreciate this. A group of creative filmmakers from the Czech Republic expertly recreated the look and feel of Grand Theft Auto 2 as a live-action film.

Fans of the video game will be familiar with the bird’s-eye perspective from which the game is played — perfect, these filmmakers realized, for being emulated by drone. The filmmakers even included original graphics and sound effects from GTA 2 to top it all off.

The team’s clever choreography, and, apparently, amenable neighbors are just the icing on the cake. It’s not clear who or what controlled the drone. But based on the impeccable piloting, we’re willing to guess the guy playing the main character, Claude Speed, had a GPS tracking app running on his mobile device during the shoot.