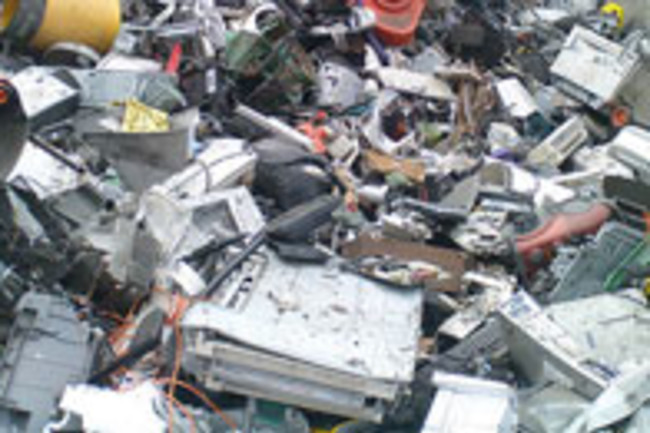 A new government report issues a harsh critique of the Environmental Protection Agency's efforts to regulate the tons of toxic electronic waste that are discarded each year.

U.S. authorities have yet to develop a national approach for handling the waste, which often contains toxic metals such as lead, mercury and cadmium. Amounts are rapidly growing as consumers replace their laptops, cellphones and televisions [Washington Post].

These discarded devices often end up in slipshod recycling facilities in China, India, and Africa, the report says, where they both pollute the environment and threaten workers' health.

. The report, from the Government Accountability Office, argued that the EPA's regulations on electronic waste are far too narrow, and that the rules that do exist are poorly enforced and easily circumvented. Currently, only the export of cathode-ray tubes (CRTs) that are found in some televisions and computer monitors is regulated, and the GAO found 43 recycling companies that were willing to break those rules. U.S. Representative Gene Green of Texas responded to the report with indignation:

"The GAO's report [contains] blistering criticism of EPA's failure to enforce even the weak regulations that they have. We believe EPA's regulations should apply to all toxic e-waste, and not just CRTs, but we're surprised that they didn't even enforce the CRT rule" [PC World].

The EPA said the report overstated the problem of the export of dangerous electronic waste, and noted that 80 percent of scrapped electronics are disposed of within the United States, with most being buried in landfills.

"EPA is concerned that readers of the report may be misled to believe that a very large percentage of U.S. electronic waste is currently being reused and recycled globally," the agency said in response [AP].

For factoids about recycled electronics, sneakers, and even condoms, check out DISCOVER's "20 Things You Didn't Know About Recycling."