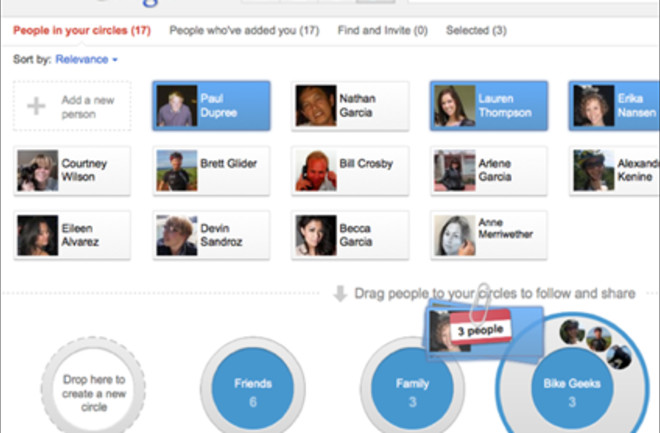 What's the News: To much fanfare, Google has released a preview version of Google+, their long-anticipated move into the social-networking space dominated in the U.S. by Facebook, whose meteoric growth challenges Google's dominance over the Web itself. The new service lets users send messages and pictures to each other, like Facebook, but puts more emphasis on grouping and communicating with different groups of people, as with email or in meatspace (i.e., the real world). The two consensus early reactions (from the small group of people who have access) are that the service is mostly smooth and functional, a welcome change after Google's social flops Buzz and Wave; and that it sure looks a heck of a lot like Facebook. Will that be enough to challenge Facebook, whose enormous base of users have uploaded much of their lives to one social network and may not want to invest time in another? How It's Like Facebook: