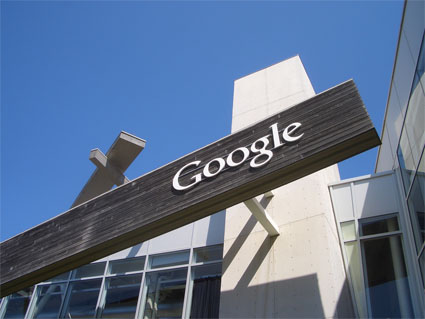 Following a spy-novelesque stunt dubbed the Bing Sting, Google has denounced Microsoft for stealing its search results--and Bing's reaction is nothing short of ambiguous. Google reportedly got suspicious after it found that Bing's search results replicated misspelled words from its own results, so the company decided to run a test by linking fake search results to nonsense search terms--and Bing took the bait. Quoting Google software engineer Amit Singhal, the BBC reports:

"A search for 'hiybbprqug' on Bing returned a page about seating at a theatre in Los Angeles. As far as we know the only connection between the query and result is Google's result page," he said.... "We noticed that URLs from Google search results would later appear in Bing with increasing frequency," he went on.

Bing's reaction to the Google accusation is quite ambiguous: it refutes Google's words at times, but seems to make excuses for itself at others. From the BBC:

Harry Shum, vice president of Bing, said: "We do not copy Google's search results. We use multiple signals and approaches in ranking search results," he added.... "Opt-in programs like the toolbar help us with clickstream data, one of many input signals we and other search engines use to help rank sites," he added.

“Everyone uses clickstream data in search. If Google was two percent of the internet, then maybe we wouldn’t look at what users do, but Google is a huge part of the internet.”

Although it still isn't clear to what extent Bing relies on Google for its search results, the Bing Sting raises new questions about search engines and 'authorship.' The BBC quotes search engine expert Danny Sullivan:

"Every search engine has its own 'search voice', a unique set of search results that it provides, based on its collection of documents and its own particular method of ranking those.... I think Bing should develop its own search voice without using Google's as a tuning fork," he added.

Hack writers copy the style--or voice--of established writers all the time; are the rules the same in the world of search engines? The answer, it appears, depends on who you ask. Related Content: 80beats: Is Google the Guardian Angel of Rainforests? 80beats: Take a Virtual Tour of Pompeii on Google Street View 80beats: Could Google Book Search Be an All-Powerful, Privacy-Killing Monopoly? 80beats: Google Founder Tries to Crack Parkinson’s Genetic Code With Crowdsourcing 80beats: Googlefest Can’t Stop, Won’t Stop: 3 New Ways Google Will Take Over Your Life Image: flickr / brionv