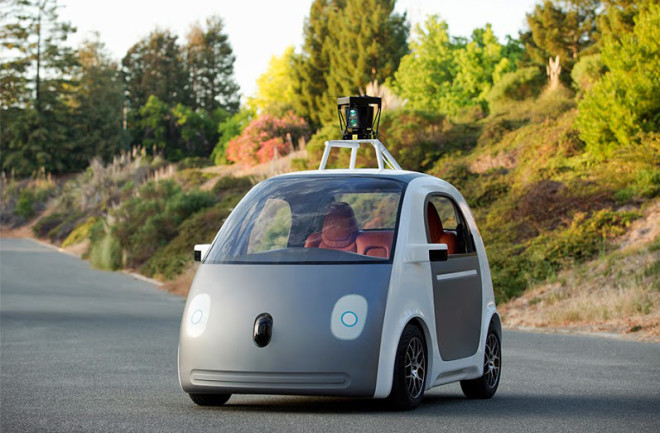 Google's self-driving vehicle prototype hits the streets. Credit: Google “It’s a space-age experience.” “There’s nothing that makes you feel threatened.” “I love this.” This is just a smattering of the reactions captured on video from the first passengers of Google’s self-driving car prototype, unveiled Tuesday. The diminutive car bears a striking resemblance to the Isetta, which was the choice of wheels for famous '90s nerd Steve Urkel. However, Google’s prototype lacks a steering wheel and pedals---you simply push a button, mark your destination and you’re off. (And, of course, it has four wheels rather than three.)

According to Google, the prototype vehicles are incredibly scaled down because they’ve been designed for learning rather than luxury. The vehicles feature two seats, a small space for belongings, buttons to start and stop, and a screen that displays your route. You enter your destination using an app on your smartphone, and the car will navigate using Google's road maps, the New York Times reports.  The vehicles deploy a combination of lasers and radar to navigate through busy city streets. In fact, the radar system can detect objects as far as two football fields away, according to Google. The electric-powered cars will have a range of about 100 miles, with a motor equivalent to that of a Fiat 500e, the Washington Post reports. Currently, the vehicle speeds are capped at just 25 mph. Google plans to build about 100 prototypes this summer. Safety drivers will begin testing the cars (fitted with manual overrides), and the company hopes to run a small pilot program in California within the next couple of years. Check out this video Google put together to get a glimpse of what the future of commuting may look like.