Google TV Is Coming Soon to a Living Room Near You 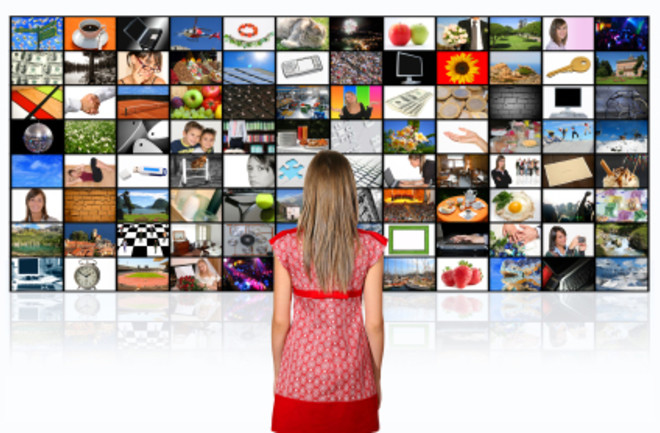 Not happy with only dominating the Internet, software giant Google is looking to expand into the television business, too. It won't be producing content, but Google will be creating software in partnership with Sony and Intel that will help bring the Internet to TVs and set-top boxes all over the land. With the just-announced Google TV, people will be able to access web features like downloadable games, Facebook, and streaming video on their TV as easily as if they were flipping channels. Some existing televisions and set-top boxes [already] offer access to Web content, but the choice of sites is limited. Google intends to open its TV platform, which is based on its Android operating system for smartphones, to software developers. The company hopes the move will spur the same outpouring of creativity that consumers have seen in applications for cellphones

Google expects that products based on its software may be ready as soon as this summer. Google's TV platform will use Intel's Atom chips and may also give Sony a leg up in a highly competitive hardware market, as Sony hopes to bring out the first appliances and maybe even TVs that encorporate the software. The project will use a version of Google's Chrome Web browser to create an interface where people can use the TV not just to poke around the Internet, but also to play videos from Hulu or YouTube. The company has reportedly already built a prototype set-top box, but the technology may be incorporated directly into TVs or other devices

However, Google TV will face stiff competition from Roku and Boxee--two existing devices that allow users to stream video from Netflix and a selection of other sites,

while Yahoo has also come out with a TV platform that allows users to access certain Web sites. Those competitors, unsurprisingly, say their products are superior to what Google has planned; Roku CEO Anthony Wood argues that the expensive chip inside a Google TV box would raise the device's cost to about $200, far higher than Roku’s $80 device. But as Google hasn't officially acknowledged the project yet, price estimates for Google TV devices are pure speculation. Experts see Google's project as a pre-emptive move to get a foothold in the living room as more consumers start exploring ways to bring Web content to their television sets. Google wants to aggressively ensure that its services, in particular its search and advertising systems, play a central role. "Google wants to be everywhere the Internet is so they can put ads there," one insider says

More From Discover
Technology
Can Wearable Devices Save Your Relationship?
Technology
This Is Why the Inverted Filter on TikTok Makes Your Face Look Weird
Health
Is Noom Really All That Different From Other Diets? Here’s What the Experts Say
Technology
With 5G, It's All About Speed
Technology
Shapeshifting Materials Could Transform Our World Inside Out
Technology
5G Has Arrived. What Is It and How Does It Work?
Recommendations From Our Store
My Science ShopCosmos: Possible Worlds
My Science ShopStrange Science
My Science ShopEinstein's Universe
My Science ShopElements Flashcards
Shop Now
Stay Curious
Join
Our List