Google Street View Runs Into Controversies in Switzerland and Israel 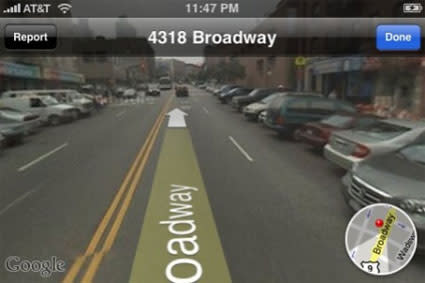 Last year, Google raised the ire of many when it confessed that its city-mapping Street View vehicles unintentionally gathered unencrypted Wi-Fi data as they rolled past people's abodes. To fix its image and to fend off lawsuits, the company soon tightened its privacy policies and ensured that its Street View cars stopped collecting that information. But the controversies just won't stop. Google is now trying to convince privacy-conscious Swiss officials to drop the country's tight Street View restrictions, while security-conscious Israeli officials are concerned that the technology will help terrorists. Twenty-seven countries have been partially mapped via Street View, a Google product that provides 360-degree panoramic views from ground level. The company creates these images by sending groups of camera-studded vehicles to various parts of the world to snap pictures as they drive. Although Switzerland is home to one of Google's largest offices outside the United States, the country has strict privacy laws that have prevented Google from loading new Street View images of Switzerland for the past year. On Thursday, Google petitioned a Swiss court to lift this ban. The search engine company told Switzerland's Federal Administrative Court that its technology automatically conceals the identity of faces and license plates, and that it is no different from rival services. But Hanspeter Thuer, Switzerland's data protection commissioner, doesn't believe Google: He showed several examples of images in which the people were readily identifiable.

"I don't want a ban of Google Street View," Thuer told the court. "But in the present form Google Street View breaches basic principles of privacy." ... Thuer wants Google to guarantee that all faces and car plates are blurred — if necessary by checking all pictures manually. He also demanded that private gardens and sensitive locations such as schools, hospitals and women's shelters be obscured. Google lawyers countered that the company is continually improving its Street View technology and that the images are too banal, and of too poor quality, to be used to identify individuals whose privacy might be breached. [AP]

While the Swiss court is still thinking the matter over, Google is still taking pictures. The company wants to add the ski slopes around Switzerland's Matterhorn mountain in its Street View maps, and recently sent out a camera-equipped snowmobile. Street View's constant expansion is also set to include Israel, where some government officials hope the online maps will promote tourism. However, other officials worry that the photographs of streets and buildings would aid Palestinian militants, who have already used Google Earth to identify rocket targets.

On Monday the Israeli Cabinet discussed the issues surrounding Street View, and ultimately decided to start working with Google on how the service could be safely introduced to the country. Experts say it's likely that Street View will be prohibited from posting photographs of particularly sensitive locations, like government offices and power stations. And some Israelis think the Israeli government shouldn't make the decision for the entire country, and argue that communities should be given a choice on whether to use Street View.

Andre Oboler, director of the Community Internet Engagement Project at the Zionist Federation of Australia, wrote in a blog post on the Jerusalem Post website that Street View could boost tourism in public places of historical, cultural and religious interest.... "Gated communities, kibbutzim and villages for new immigrants in particular should have a right to keep out the Street View car, or to invite it in. The default should be exclusion until the local community give permission," Oboler wrote. [Los Angeles Times]