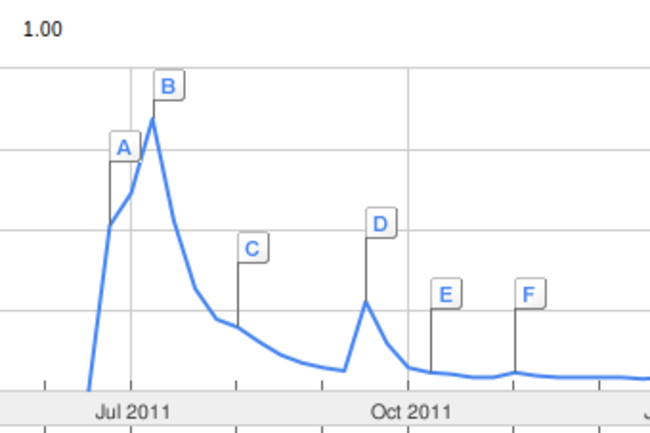 Google+ became the fastest growing social network within months of its debut last June, but a recent study casts doubt on whether most of its users are spending much time on the site. According to ComScore, users spent an average of just 3.3 minutes on Google+ in the month of January, a decline from its recent figures and a tiny sliver of Facebook’s total.

I accept the argument of friends that G+ and Facebook are fundamentally different, and that Google's aim here is not to replicate Facebook. But I also think that this is well short of what Google was intending for G+ at this stage; otherwise they would surely have quashed the media bubble and hyperbole which crested last summer. G+ is obviously much better than Buzz. But that's a low bar.