Kids can now enjoy the world's most popular sport while charging a lamp that will allow them to read or do homework. 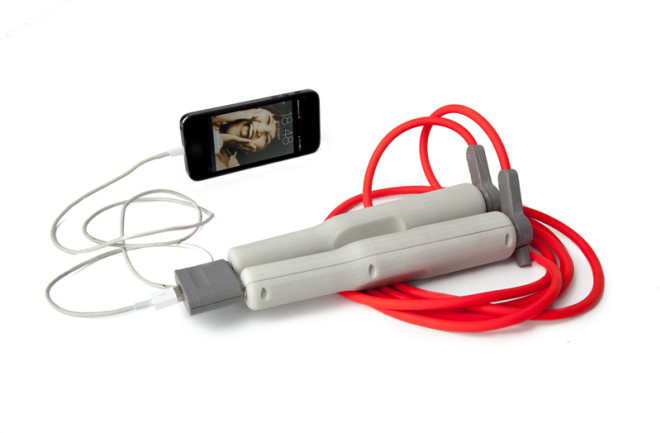 Children can now give the energy crisis a swift kick, enjoying the world’s most popular sport while generating electricity that can power a light to read or do homework.

Meet Soccket, a soccer ball and rolling power plant in one. The New York-based company Uncharted Play began selling the ball last November with a focus on getting it into the hands (and onto the feet) of kids in underdeveloped countries. So far, Soccket has rolled into 62 countries and all 50 states.

The ball uses electromagnetic induction to transform kinetic energy, produced from rolling or striking the ball, into electricity. It’s a process akin to that of a self-winding watch. Just as the watch is wound with movement, Soccket converts every corner kick or header into battery-stored power via an internal DC generator.

After a budding Pelé or Maradona takes the ball home, small appliances can be plugged into it (such as the LED lamp included with each ball) using a typical USB adapter. A 30-minute session of play produces three hours of power, with a full charge of 72 hours possible from six to eight hours of activity.

Unlike a regulation air-filled soccer ball, the Soccket is constructed with a foam layer surrounding the inner workings. While the foam is a necessity for protection of the mechanical insides, it also provides durability without adding much weight; the Soccket is less than 2 ounces heavier than a standard ball. That typical standard ball is inflated and subject to easy puncture on rough fields, with a life span of about a month — and then a final resting place in a landfill. But the Soccket’s tough outer shell can last for up to three years of play. Some components in the internal mechanism are rated for one year but are specifically designed to allow easy repairs, making it possible to increase the functional longevity with replacement parts.

“In Muslim countries, we found that boys and girls are not allowed to play together,” says Nicole Brown, Uncharted Play’s vice president of marketing. “While the boys were really excited and running around with the Soccket, the girls were off to the side or inside. But we did see a lot of girls jumping rope.”

“(It) leverages the same type of energy-harnessing mechanism that's in the Soccket, putting one in each handle, so the Pulse has twice the energy output of the Soccket. Just 15 minutes of play converts into six hours of energy,” explains Brown.

As a bonus, Pulse was designed to be compatible with iPhones, which can be charged with an adapter that plugs directly into both of the jump rope’s handles.

Uncharted Play is also developing a skateboard with wheels as the potential generating mechanism.

An inside look at the Soccket's mechanics. | Uncharted Play

To buy: Check Socckets out online

The price includes a set donation allowing one child to join a Soccket “team.” One ball is donated to five such children, who share play and take turns bringing home the power.

To buy: Check out the Pulse online

Beta Limited Edition (100 units) sold out after going on sale Dec. 3. It will be available for retail sale by the end of the year.

[This article originally appeared in print as "Fun Scores a Goooooooooal."]