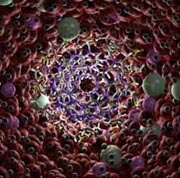 A view down DNA's helix shows a wealth of data encoded in its molecules. Courtesy: S. Weerasinghe, B.M. Pettitte, and Chandler Wil Kerson;

Engineers planning tomorrow's supercomputers are finding it hard to beat the power of the genome. DNA expresses information as a sequence of molecules along the double helix in much the same way that silicon chips process information as zeroes and ones, but DNA is far more efficient: One gram of the molecules could hold as much data as a trillion CDs. So two research groups have turned to DNA to crack math problems containing so many variables that they overwhelm conventional computers.

Chemist Robert Corn of the University of Wisconsin in Madison likens the problem to finding pizza that will satisfy everyone in a group. If there were two possible toppings the task would be simple, but even a hundred would be unmanageable. Corn and his colleagues began their attack by covering a glass surface with individual DNA strands, each one a genetic sequence describing one possible solution (a unique combination of toppings, for instance). Then the researchers repeatedly dipped the glass in a beaker containing complementary snippets of DNA, which represented one set of correct options (mushrooms or olives, no anchovies, etc.). When the floating bits of DNA found matching strands on the glass, the two linked up. Unmatched strands were destroyed; then the process was repeated with a new set of options. Eventually, the process produced genetic sequences that satisfied all the variables. Another team led by Michael Pirrung, a chemist at Duke University in Durham, North Carolina, followed the same general procedure but added an enzyme that attached a glowing molecule to the winning set of DNA strands instead of destroying the losers.

For now, DNA computers are slow and clumsy, but their logic applies to everything from codebreaking to finding the most efficient way to visit multiple destinations. "If you can solve this problem, it's proof of the principle that you can solve any problem," says Corn. 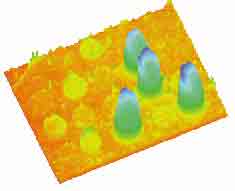 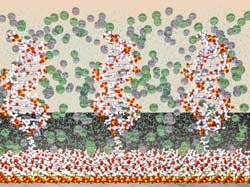