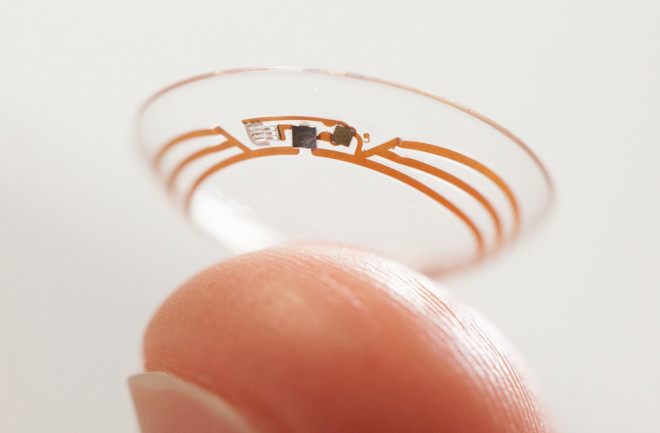 Smart technology makes tracking personal health metrics — from posture to sleep quality — easier than ever. But one new device could be more medically useful than any yet on the market: a smart contact lens.

Developed by Google’s secretive Google X arm, the initial prototype is designed to monitor glucose for diabetics. It sports a tiny sensor that measures glucose in tears and an antenna that wirelessly transmits the data to a connected device.

Google’s clinical research studies demonstrate the device can take one reading per second, promising a constant, noninvasive alternative to diabetics’ routine finger pricks throughout the day. The lens could also immediately alert patients, doctors or caregivers to abnormal glucose levels.

A different twist on the same technology could produce lenses that work better than current bifocal contact lenses. By detecting eye muscle movements and automatically adjusting focus — similar to an automatic camera lens — the new lens could replicate the eye’s natural functioning.

In July, pharmaceutical giant Novartis announced it would license and commercialize the lenses, initially focusing on these two applications. CEO Joseph Jimenez said the company wants a prototype available for research-and-development reviews by early 2015, though Novartis says it’s too early to say which version of the lens will be available first.