A few people have pointed me to Google Correlate. Google says that this tool is like "Google Trends in reverse." You know I love Google Trends, so of course I'm going to poke around Google Correlate. The tool shows you the strongest correlations by query over time, as well as concentrations and correlations of the query by state. So here's the distribution for "Jesus": 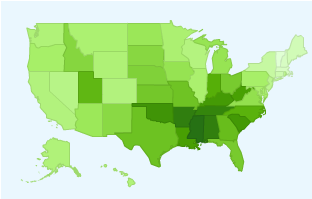 If you know something about the United States, I assume you aren't surprised. But how about something like "Krishna?" 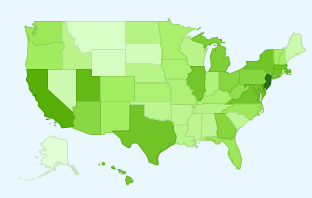 Does this make sense to you? What's up with New Jersey? As a proportion it has by far the greatest number of Indian Americans. (the #1 correlate is "Radha," which makes sense) How about something more obscure? OK, "Ludwig von Mises": 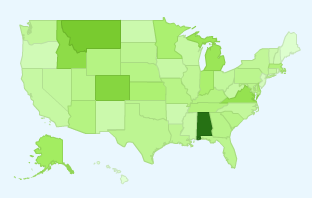 The Ludwig von Mises Institute is based out of Auburn, Alabama. They're a radical libertarian outfit whose aim is to promote the thought of the Austrian economist Ludwig von Mises (whose more moderate student, F. A. Hayek, is much more famous today). It doesn't seem like they're doing that great of a job at broader outreach about von Mises' legacy if Alabama, presumably the institute and its affiliate scholars, can make such a large splash on the query stream. But onto more pressing concerns in relation to the topicality of this weblog. For the "theory of evolution" most of the correlations make sense, but "the sumerians" and "hector of troy"? Either there's a lot of noise below a really high threshold of state level correlations, or, the world is more mysterious than we can comprehend. "Genetics" and "Genomics" were pretty straightforward. So far I've been looking at correlations of queries as they vary across states. Spatial. How about time series? "Theory of evolution" now is a little less weird. But why does it correlate so strongly with "jim crow laws"? Looking at the time series gives us a plausible hypothesis: 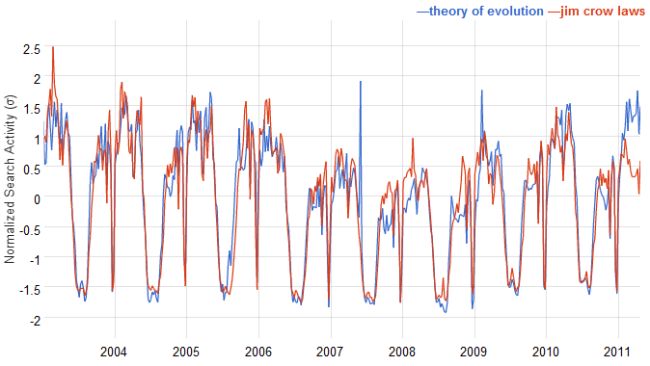 The school year. People are looking for "theory of evolution" and "jim crow laws" when school is in session. During the summer, and over Christmas vacation, they stop looking. Compare to "bank" and "bank of": 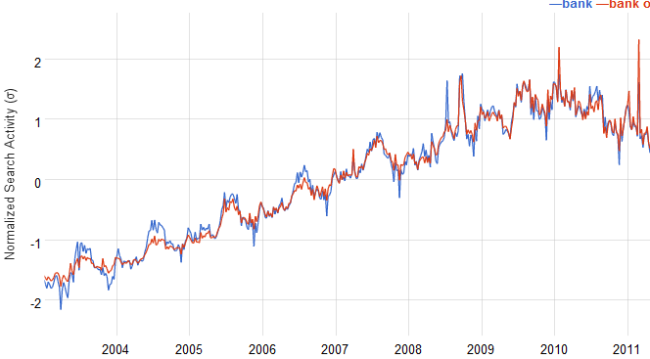 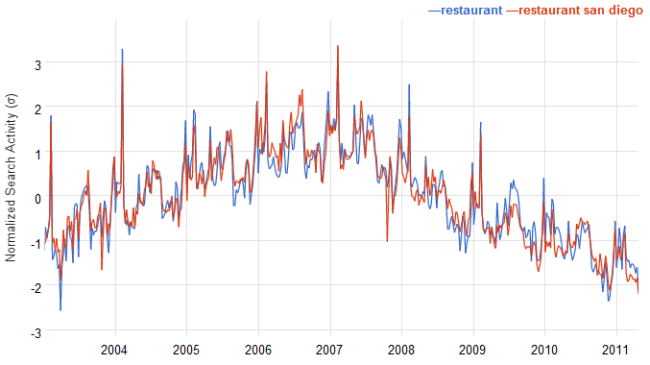 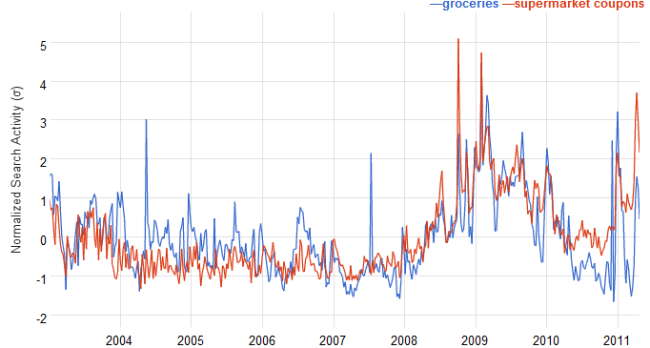 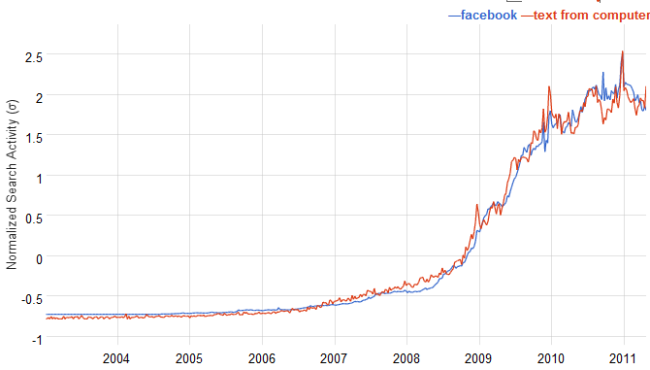 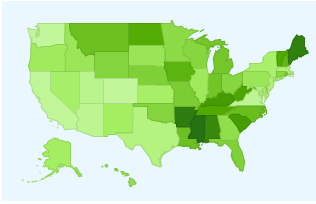 But look at the map which shows the concentration of queries. Facebook started at Harvard and other elite schools in the mid-2000s. But in 2011 the only place to expand its mindshare is in places like Maine and Mississippi I guess.