Fruit Loopy: How to Power a Lamp with Apples 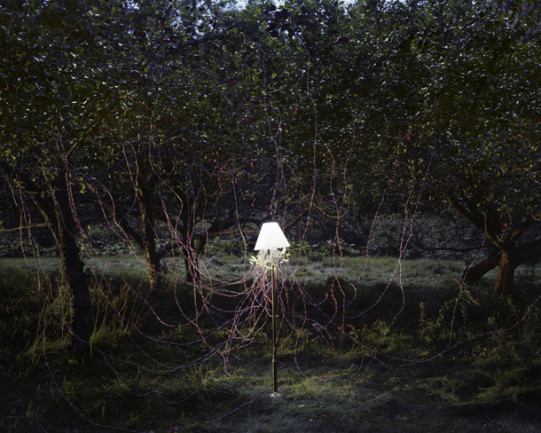 Caleb Charland, a Portland, Maine-based experimenter-photographer, can attest to the advantages and disadvantages of working outside. The bucolic location for this photograph is an apple orchard in Newburgh, Maine. When he finally began his exposure after 11 hours of preparation, he badly wanted a nap, but instead found that his were hands full keeping the local deer at bay. He turned on talk radio, and rattled a container of wire nuts every ten minutes or so to keep the apple-loving animals away from the trees.

Inspired by the science class project where fruits or vegetables are used to power a clock or LED light, Charland wired together 300 apples still on the tree to power a lamp. He put a zinc-coated galvanized nail into each apple and a bare copper wire into the other end to create a current through the electrolytes (charged particles) in the fruit. Electrons flowed from the zinc electrode (where the zinc reacts with the acid in the apple) through the light and into the copper electrode, which transferred electrons back into the fruit. Every ten apples provided about 5 volts, powering an LED for several hours. Charland writes:

"I began installing the work at 9 in the morning. I had no frame of reference for how long the process would actually take. I didn't want to start too early fearing I would get done too soon and potentially wear out the "batteries" before I could start my photographic exposure, thus wasting a lot of time and fruit. I worked all day and took no break, I was still wiring the orchard after sunset. I finished install at 8 pm then began my 4 hour exposure on photographic film. The final image was created using a large format camera that uses color film measuring 4x5 inches."

You can see the videoMaking of Apple Trees and LEDs showing how this was done, and a gallery of some of Charland's other battery images here. His next project includes a public art installation in the Findlay Market in Cincinnati this summer, and a fall show at the Brancolini Grimaldi gallery in London.

Apples in Series and LEDs, by Caleb Charland 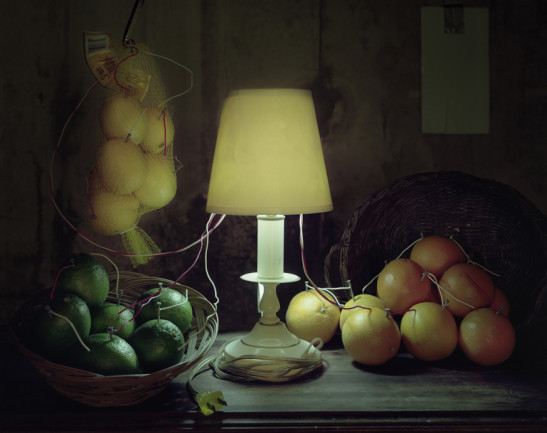 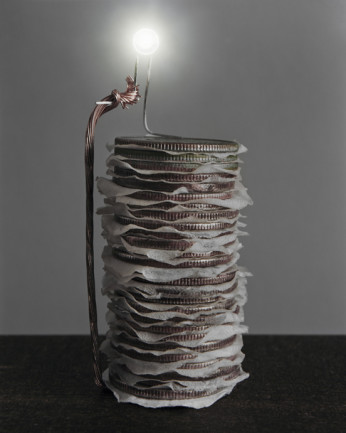 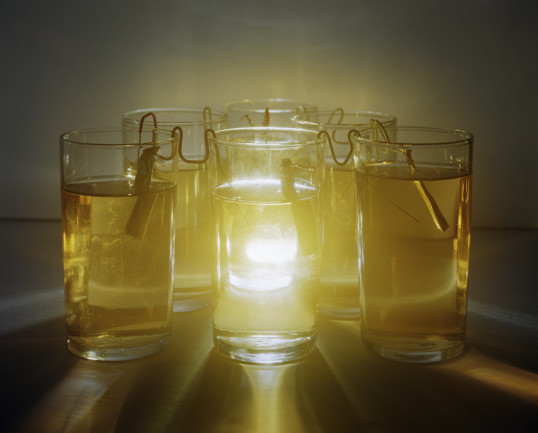